Interview with the New York Times 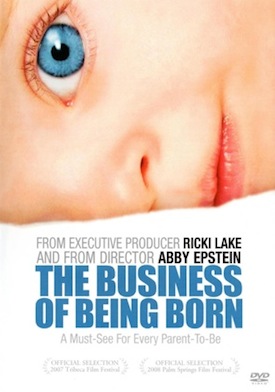 It is now yesterday’s news but something I have been meaning to address…and so now I am.

In September, a staff reporter for the New York Times named Christine Haughney got in touch with me to discuss the documentary, The Business of Being Born. Ms. Haughney had read my blog post, The Business of Being Misled, and wanted to discuss my take on the film. If you read my blog post, you’ll have a pretty good idea of what I think about that film. As I wrote in it:

“I find the film very misleading. And it's misleading about such an intimate topic: childbirth.”

And, “Clearly, this film is biased toward scaring women away from hospitals and childbirth interventions.”

My blog post is 4000+ words dedicated solely to pointing out how misleading the film is. Ms. Haughney read it.

Ms. Haughney and I had two phone conversations and exchanged many emails in which I elaborated even more on my opinion of the film. Here is one point I made via email:

Two months went by and finally the piece came out: Home-Birth Film by Ricki Lake Prepares for Redelivery, Worldwide.


I could not wait to read the piece. The reporter knew how I felt about the film. I could not have been more clear. So how on earth was it twisted around that I was quoted in the article saying “Ms. Lake’s film helps people make informed decisions.”

Now...let’s be clear, I’m incredibly grateful that I was given the opportunity to speak with a reporter for the NY Times.

I am grateful for the time the reporter gave time to me to hear me out.

I am grateful that majority of what was written about me was true.

I am disappointed that my criticism of the film was greatly edited down… well, it was basically edited out completely.

But I am downright angry that I come off as a supporter of that dangerous film.

There was a story to tell. But unfortunately that story turned into the same ol’ puff piece for The Business of Being Born. Here I was, holding out hope that a mainstream media outlet was going to cover this film and really shed light on how chock-full of misinformation it is…only to be let down.

So, just to set the record straight so there is no confusion at all:

I, Danielle Repp, think the film The Business of Being Born is a dangerous piece of propaganda full of misinformation. I do not think it helps anyone make informed decisions but instead, it adds to the heaping pile of nonsense that makes women feel bad about themselves for not giving birth a certain way. It is fear-mongering to the extreme and promotes home birth without touching on any of the many issues within our home birth system in the USA. Many women walk away fearing hospitals, when in reality they should be fearing home birth midwives and home birth advocates who make money by exploiting fears...Ricki Lake being a prime example.