What’s the craziest thing you ever saw happen at a birth? 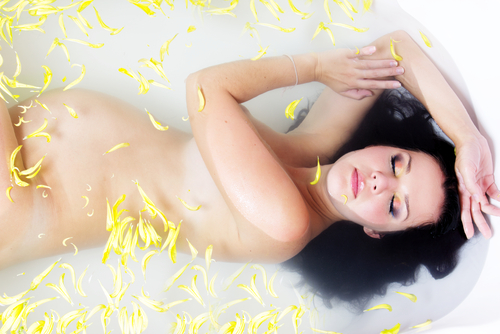 who was laboring in the tub. This was a client that I knew from prenatal care appointments. She had taken a Hypnobirthing class, and she wanted me to help her have a peaceful, relaxing, pain-free birth. I was eager to help her achieve this, and she was laboring beautifully, breathing deeply and smiling.

During one of my checks I noticed that her baby’s heartbeat was only in the 90s when it should have been between 120-160. This was especially unusual because the mother was not yet at the pushing phase of labor. I went to tell the midwife, who came in and listened as well. She too noted that the baby’s heartbeat was too slow, so she had me and another student get the mom out of the tub.

You might imagine that at this point we prepared the woman to go to the hospital because her baby was having complications, but that is not what we did. Instead, we put her on the bed and the midwife inserted her fingers. She quietly announced that the woman's cervix was dilated to 8 centimeters, and then the woman began to scream. I watched as rivers of thick blood started running down the midwife's glove. After a while she had manually forced the woman’s cervix completely open, and the screams finally let up.

Now it was time to push the baby out. With the mother in a semi-reclined position and a student midwife holding each leg, she was coached to push as long and hard as she could with each contraction. When the mother’s pushing efforts were deemed not strong enough, the midwife ordered me to press as hard as I could on the mother’s belly in order to force the baby though her pelvis and out.

I had a hard time pushing on the woman’s belly hard enough to please the midwife. I had to keep pausing to wipe the sweat off her belly and my hands. At one point I even braced myself, my feet on the wall of the birth room, pushing as hard as I could with all the force I could muster.

It worked. We forced that baby out vaginally. She came out floppy and pale, with a short umbilical cord wrapped tightly around her ankle. The midwife unwound the cord, dried the baby, suctioned her, and started delivering respirations via a resuscitation bag and mask. We watched, breathless. A senior student called out the time in ten second intervals. Ten seconds... twenty seconds... thirty seconds. Finally, that first cry filled the room, and we all breathed again.

There were a lot of congratulations handed around. I felt proud that I had identified the original problem with the baby’s heartbeat. We all just knew that we had done a good thing helping this woman avoid a c-section.

Looking back, this was an incredibly painful and risky ordeal for the mother and baby. We used techniques that belong in centuries past, and only by sheer luck did we avoid the kinds of tragedies that were very common in those days. At the time it felt like a victory, but now it seems like one of the most egotistical stunts I’ve ever witnessed or participated in. I could have ruptured her uterus. The baby could have been brain damaged, or worse. The mother could have suffered permanent damage to her pelvic floor. For all I know, she did.

Perhaps the strangest thing was that the mother expressed overwhelming gratitude for everything we had done.

Keyword Tags:
Homebirth
home birth
Midwife
Previous: My home birth was so much easier than my hospital birth!
Next: 37 years old and no period for 2 years