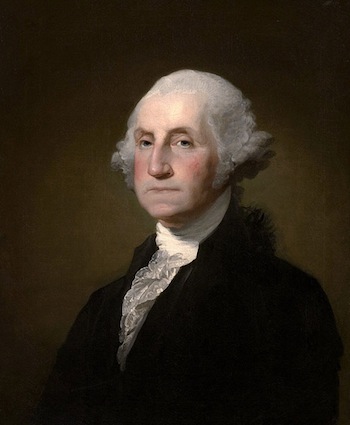 Yes, historians believe that George and Martha struggled with infertility – and suspect it was George’s issue.

To review our history, George and Martha Washington were wed in 1759. Martha was a widow and had borne four children with her first husband, only two of whom survived past infancy. George adopted both children but, sadly, Patsy died from epilepsy at the age of 16 and John died of malaria at 28.

Records indicate that George and Martha had a close, happy, and intimate relationship. Because his wife had successfully conceived and delivered four children, and there are no records suggesting that she had illnesses or traumas that could pre-dispose her to infertility, it is believed that it was George who was the infertile partner in the relationship. His writings suggest that he had desired to have children.

There is much speculation on the reason for his infertility. The 4 main causes of male infertility have been explored:

While it would be easy to leave George alone and say it was an unknown cause, historians have applied each of the 4 causes to what we know about George and they think they have found the answer.

So much progress has been made in medicine that today we are able to effectively diagnose and treat the many diseases and conditions that led to male infertility in George Washington’s day. I’m confident that, in the years ahead, we will be able to identify and remove the unknown factors that cause 40 to 50% of male infertility today.

Keyword Tags:
male infertility
Previous: I Don't Care About What Others Say I Must Do
Next: When Pain Becomes Suffering