Do Infants Remember the Songs You Sing?

When my first child was born, she was taken to NICU immediately because of breathing problems. When I finally recovered enough from my C-section to pull myself out of bed and scuffle to the NICU department, I sat beside her and cried. This huge oxygen bucket was nestled over her head and all I could think about was singing to her. I sang the same song over and over again for hours at a time. The words moved through the oxygen bucket and into her ears. At the time I had no idea if she could hear me over the oxygen blowing in the bucket, but later I realized she could hear me and she remembered the song. 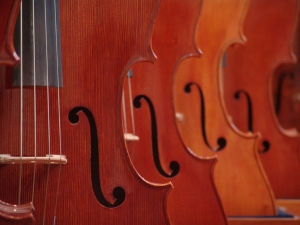 The Power of Sound, Song and Mom’s Voice
The fetus is constantly in contact with mom. Her voice resonates through baby’s body at every moment. Some couples talk to baby every day and others play Mozart in hopes of growing a smarter child, but what about after baby is born during those first few days of life. If the fetus can hear mom’s voice and sounds outside the womb, so can the infant.

Recognizing a Song Years Later
The true miracle of sound I experienced didn’t happen until several years later. My healthy, joy-filled three-year-old heard the same song I was singing while she was in NICU and she started mouthing the words. I thought back through the previous three years and could not remember playing the song once in that time. She looked at me when the song was over and said it was her song before trotting off to play.

I cannot explain the power of that moment knowing she somehow remembered the time I spent singing to her for hours in NICU. Somehow her infant brain took those words and stored them and when the song played years later those words were recalled and she knew it was her song.

Keyword Tags:
Neonatal Intensive Care Unit (NICU)
Previous: MSG Is Safe During Pregnancy
Next: Lowering IQs One Chemical and C-Section at a Time