Does Race Play a Part in Preconception Care?

Preconception is the time before a woman conceives and researchers/doctors are recognizing the importance of this time period with regards to having a healthy, uneventful pregnancy. Preconception tips are promoted across all races, such as increasing intake of folic acid during reproductive years to reduce the risk of neural tube defects during the first weeks of pregnancy -but not all preconception messages are the same, according to researchers. Race and socioeconomic setting may play an important part in how the message is formed, delivered and perceived by women. 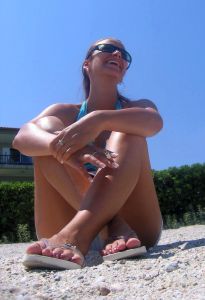 Researchers from the Centers for Disease Control collected risk analysis data from the 2008 BRFSS (Behavioral Risk Factor Surveillance System) for women ranging in age from 18 to 44. Information was pulled from non-pregnant women only. The researchers scoured the data for the five top, co-existing and multiple pregnancy risk factors. Essentially, understanding how women perceive risk during reproductive years could predict the risk of pregnancy complications later in life. Risk factors used in the study were drinking, obesity, smoking, diabetes and mental distress.

Nearly all of the women had one risk factor, but the prevalence of multiple and co-existing risk factors were also statistically significant. Nearly 20% of the women experienced at least two risk factors with Alaskan natives and American Indian women on the top of the list. Other contributing factors to having more risk factors included poor education, inability to work and being unmarried. More than 32% of the women claimed emotional and social support simply did not exist.

Women in the highest risk group for pregnancy complications associated with preconception health conditions or risk-taking behavior were not Caucasian, poorly educated, unable to work and unmarried. Educational and social support needs to be focused on this sector of the population.