How Much hCG Should I Have During Pregnancy?

There seems to be a million and one tests that happen during pregnancy. One of the first tests is the hCG test. Typically the hCG test is part of the early blood screening for pregnancy. The doctor runs the hCG test not to determine pregnancy, necessarily, but to establish a baseline number for possible use in determining gestation age of the fetus. Early hCG testing can also determine whether or not the pregnancy is a singlet or twin pregnancy. Twin (multiples) pregnancy levels will measure much higher than normal for estimated gestational age, so the numbers won’t add up and the doctor will likely call you in for an ultrasound or schedule an ultrasound. In my case, my blood test revealed an hCG level double that of a person at the 4th or 5th week of gestation. My ultrasound, completed at six weeks, revealed twins. 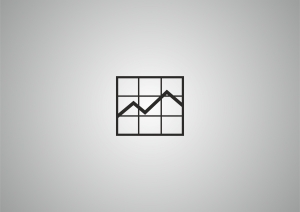 Matching hCG Levels with Gestational Age and Possible Due Date

So you just received your blood test results and your doctor tells you the measured hCG level was 1,200. He is pulled out of the room and you’re dismissed before you can ask what that means. Well, according to average hCG levels during pregnancy, it means you conceived about six weeks ago. Here is a list of hCG levels as they correlate to the first eight weeks of pregnancy. All are noted as weeks after conception.

If your numbers are significantly higher than these numbers and you know the exact date of your last menstrual cycle, you could be having multiples. Your doctor will likely notice the elevated number and schedule further testing. However, if he misses the elevated number feel free to call and ask about the potential of a multiple pregnancy at your current hCG level.

Previous: Depo Provera and Conceiving – How Long Do I Have to Wait?
Next: Should Children Be Allowed in Delivery Room?