There are amazing tales of pregnancy side effects told all over the world. My mother once told me she knew a woman who was in labor for two days at the age of 60 without ever knowing she was pregnant. She sat in the bathtub one night and the pains grew worse than they had been and pop, out came a baby girl. Some of these stories are simply untrue and others are completely accurate. Here’s one about how pregnancy can cause you to go deaf. 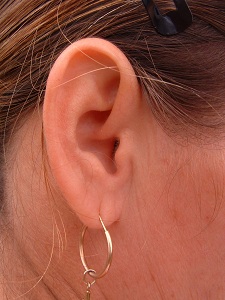 I had a terrible time with fluid retention in my first and second pregnancy. By the time my third pregnancy neared the 30th week of gestation, I was holding on to so much water it started collecting in my head. Sinus pressure and congestion are normal during pregnancy, but your nose is connected to your ear canal and when my sinuses could stuff no more fluid in, that fluid collected in my ears. For more than eight weeks both my ears were full of fluid and I was deaf.

There’s Nothing a Doctor Can Do

I went to be obstetrician crying for help. I even headed off to the emergency room just one week before my twins were born because I couldn’t take being deaf any longer. All they had to do was give me something to relieve the congestion in my head – but after hours in the ER I was told to take Sudafed (non-ephedra) and use saline spray in my nose. With my head hung low, I walked out of the ER prepared to be deaf forever.

The twins were born a week later and I was thrilled the pregnancy was over for more than one reason – but the main reason was the irritating deafness. I thought I would wake up the morning after my C-section to a bright, noise-filled world, but that didn’t happen. NOPE! I waited another six weeks before all the congestion and fluid retention diminished enough for my hearing to return.

Keyword Tags:
Pregnancy
Previous: When Is It Too Late to Start a Family?
Next: Maternity Jeans