Steroids Not Safe for Treatment of CAH

CAH, or congenital adrenal hyperplasia, is a condition where otherwise female fetuses can be born intersex, with male genitals or with a male-sided brain. In some cases, the condition is suspected even before the sex of the fetus is determined – leading to the dangerous practice of prescribing steroids to the mother in an attempt to force the fetus to choose a specific gender or sex. The steroids are not always effective and the long-term side effects if taking a steroid that crosses the placental barrier are potentially high. However, despite the possible negative outcomes, some doctors offer the treatment to pregnant women; telling them that the treatment is safe. There are no clinical studies proving the safety of this type of steroid treatment during pregnancy and the possible positive effects are not proven either. 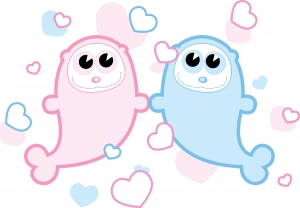 Dangers from Taking Steroids to Force Gender Identification
The most common steroid used in cases of suspected CAH is diethylstilbestrol or DES. DES is associated with increased risk of cancer and fertility problems. Moreover, the drug treatment is only effective at normalizing gender in about 10% of cases. Though safety of DES use during pregnancy is not established, the Food and Drug Administration (FDA) cannot stop doctors from claiming safety. According to the FDA, the claims are coming from doctors so the FDA cannot intervene.

When it comes to CAH, steroid treatment does not cure the condition. The drug treatment only affects gender selection in utero. The risks of the treatment are not worth the potential benefits as 90% of the time there is no effective whatsoever, but even in those cases the potential for negative side effects is huge.

A possibility safer alternative to in utero treatment is hormone treatment prescribed to the child after birth. Hormones are given to help support a specific gender, often based on genetic testing. In some cases, surgery is required if the infant is born with undefined or ambiguous genitalia.