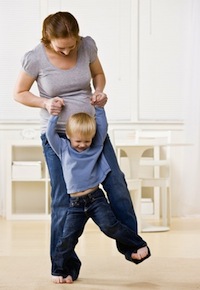 The findings of a study recently published by the Journal of Abnormal Child Psychology suggests the need to rethink the way children with attention-deficit/hyperactivity disorder (ADHD) are managed in the classroom. The standard admonishment to sit still and focus may be missing the mark. The study says kids with ADHD learn best while they’re fidgeting.

Earlier research conducted by Mark Rapport, a co-author of the study and head of the University of Central Florida’s (UCF’s) Children’s Learning Clinic in Orlando, and his colleagues dispelled the common belief that hyperactive children never stop moving. Instead of constant movement all the time, the research revealed that hyperactivity is only exhibited when the child is accessing his or her executive brain functions, such as during the learning process. Their most recent study is said to prove that the hyperactivity is actually necessary to maintain alertness when performing high-level mental tasks.

“The typical interventions target reducing hyperactivity,” said Rapport, but his latest UCF study revealed male students with ADHD exhibit higher levels of alertness and better performance on cognition-based tasks when they are allowed to move about than they exhibit when forced to remain still.

The UCF study involved 52 boys, 8 to 12 years of age, who were enlisted to undergo a series of tasks designed to evaluate their working memory, described as the system the brain uses to temporarily store and manage the information needed to complete complex cognitive tasks that enable comprehension, learning, and reasoning. Of the 52 boys, 29 had ADHD and the remaining 23 had never been diagnosed with any clinical or developmental disorders.

The tasks involved a series of jumbled numbers plus a letter that were flashed briefly onto a computer screen. The boys then had to put the numbers in order with the letter at the end of the number string. Observers recorded each boy’s every move with a high-speed camera to track their movements during the tasks and gauge their focus on the work.

The boys with ADHD performed much better when allowed to squirm and fidget than they did when they were required to sit still. In contrast, the boys without ADHD performed better sitting still than while fidgeting.

Rapport said his study doesn’t suggest parents and teachers allow students with ADHD to run freely and at random around the classroom but efforts could be made that allow these students to move as necessary without disrupting fellow classmates. He suggests having them sit on activity balls or exercise bikes in the classroom, while taking tests, and doing their homework. Doing so, according to Rapport, could improve overall academic performance as well as on the standardized tests that are increasingly important in today’s public school system.

The National Resource Center on AD/HD offers tips to parents for working with the public education system as well as a sample letter parents can use to request special evaluation and accommodations for a child with ADHD.