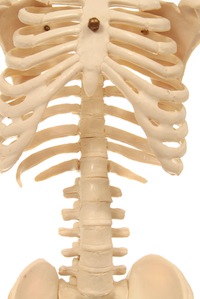 Based on information collected in the Children of the 90s study, maternal vitamin D intake has no impact on the bone health of offspring. The study, completed at the University of Bristol, included data collected from almost 4,000 mother/child pairs. The report was published in The Lancet online.

After evaluating the children’s bone health, no connection was found between maternal vitamin D intake and offspring bone health. The lowest vitamin D levels were measured in pregnant women in the first trimester. As the pregnancy progressed, vitamin D levels increased. Vitamin D levels were higher in pregnant women carrying during summer months when they were more apt to spend time in the sun. When sun rays come in contact with unprotected skin, the body produces significant amounts of vitamin D. Lower levels of vitamin D were measured in women who smoked, non-white women and women pregnant in winter months.

According to current guidelines, pregnant and breastfeeding women should consume at least 10 mcg of vitamin D daily via supplementation. Consuming foods high in vitamin D like eggs, meat and oily fish is also a positive step toward improving vitamin D levels in women.

Researchers noted that previous studies on the topic of maternal vitamin D intake and offspring bone health have not revealed any conclusive results. This study included about 10 times the participants than previous studies, increasing the overall validity of the results.