Follow us on Instagram
Our app takes the guesswork out of getting pregnant. Get Obie for iOS Now! 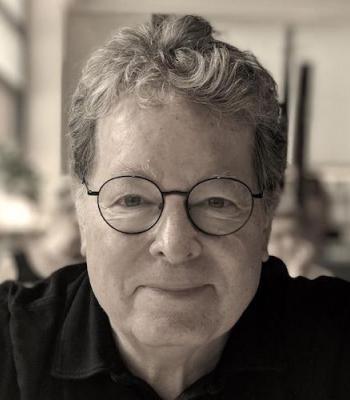 Amos Grünebaum, MD, FACOG is a Professor of Obstetrics and Gynecology and a specialist in high-risk pregnancies (maternal-fetal medicine). Dr. Amos (as he is known to patients) has been recognized among America's Top Doctors and named a New York Super Doctor for several decades. Read the book about him: "Lessons in Survival: All About Amos."

Dr. Amos has delivered more than 5,000 babies and has supervised more than 20,000 deliveries.

Born in Israel and raised in Germany, Dr. Amos received his M.D. from Germany's University of Cologne Medical School which was established in 1388 as the fourth university in the Holy Roman Empire. His post-doctoral training includes a residency in Pathology at City Hospital Leverkusen (Germany), residencies in Anesthesia at Weyertal Hospital, Cologne (Germany), and Maimonides Medical Center, Brooklyn (NY), a residency in Obstetrics and Gynecology at SUNY Downstate Medical Center, Brooklyn (NY) and a Fellowship in Maternal-Fetal Medicine at SUNY Downstate Medical Center, Brooklyn. He accepted a faculty appointment at Weill Cornell Medical College of Cornell University in 2001.

Over his 40+ years as an Ob-Gyn in New York, Dr. Amos has delivered more than 5,000 babies and has supervised more than 20,000 deliveries. He is the author and co-author of more than 60 peer-reviewed, scientific articles, abstracts, and book chapters. Dr. Amos continues to hone his passion for improving patient safety and has published many papers that have been cited thousands of times.

As the Director of Obstetrics and Chief of Labor & Delivery at New York-Presbyterian Hospital/Weill Cornell Medical Center, Dr. Amos implemented many patient safety measures and he developed hospital safety protocols to make it safer for women to have a baby. He published his success in a landmark study, "The Weill Cornell Patient Safety Program Study: feedback from patient safety advocates in medicine, law, and root cause analysis." in the peer-reviewed literature showing that improving patient safety can significantly reduce maternal and newborn complications. His experience has been adopted by many hospitals nationwide.

He has shown that hospitals and doctors can make it safer to deliver a baby while at the same time successfully reduce medical liability and also safely reduce cesarean delivery rates.

Research on the safety of planned home births in the U.S.

In addition, Dr. Amos has published numerous papers that show that planned home births in the U.S. are unsafe. Reuters picked up his latest homebirth research.

Dr. Grunebaum has been selected as a top doctor by Castle and Connolly for many years now:

For the past 20 years, Dr. Grunebaum has helped tens of thousands of couples around the world achieve their dream of getting pregnant by increasing their chance of conception through his online fertility tools and education. By his latest count, he has answered over 100,000 questions on the internet about wide-ranging issues, and he has become one of the leading web authorities on fertility and pregnancy. In his work, he has created several highly successful pregnancy and fertility sites in the U.S. and Europe.

babyMed.com was found to be the only online calculator to precisely establish a couple's fertile days:

One of Dr. Amos' strongest recommendations for couples considering parenthood is preconception counseling and taking a prenatal vitamin plus folic acid well before conception. Women taking a vitamin supplement plus folic acid have children with fewer birth defects, not only decreased risks of neural tube defects but also other malformations such as cardiac, limb, and cleft palate. The U.S. Public Health Service and CDC recommend that all low-risk women of childbearing age consume 0.4 mg (400 micrograms) of folic acid daily and those at high risk should take up to 4,000 micrograms) to prevent two common and serious birth defects, spina bifida and anencephaly. Despite these recommendations, less than 50% of women take sufficient folic acid preconception, prior to pregnancy.  In Germany, while in medical school Dr. Amos received intensive education in herbal medicine classes, which are considered much more mainstream in Germany than the U.S. Dr. Grunebaum subsequently developed and received several patents for fertility supplements and conceived a successful line of fertility products with Fairhaven Health. These supplements include FertilAid and FertileCM. FertilAid for men and women is now the #1 fertility supplement in the world. Dr. Amos received several patents on the proprietary formula for FertilAid.

Dr. Amos co-authored two books with Dr. Ruth Westheimer, "Sexually Speaking"  and "Pregnancy Guide for Couples," and participated in a nationwide radio and bookstore campaign. Dr. Amos also helped Rosie Pope, the star of "Pregnant in Heels" write the book "Mommy IQ" in which they answer important questions about fertility and pregnancy. Dr. Amos delivered Rosie Pope's four children, two boys, and two girls, and he had a role in her TV series.

In addition, Dr. Amos is a seasoned media personality and actor. During a short but intense Hollywood career, Dr. Amos played Marisa Tomei's obstetrician in the Ron Howard movie, The Paper. Over the years, he has appeared on CNN, ABC, NBC, CBS, FOX, and the Charlie Rose show as well as several news programs and on public television. He has also been quoted in numerous magazines including Cosmopolitan on getting pregnant and pregnancy side effects.

How Soon Will a Pregnancy Test Be Positive?

Fertility 101: Get Pregnant Fast In 12 Lessons

Dr. Amos In The News