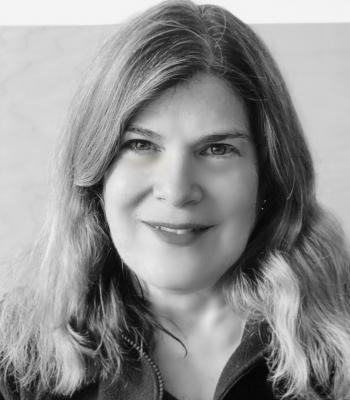 Susan L. Pollet has been an attorney for over 40 years with experience in women's justice and domestic violence issues. She is also a published author and artist. In 2019, she received an award from Adelaide Publishing for a short story, and went on to publish her first novel, "Lessons in Survival: All About Amos". She also created the collage for the book cover.

As an attorney, Ms. Pollet has worked in private practice, in-house for a corporation concentrating primarily on labor and employment issues, as Executive Director of the Pace Law School’s Women’s Justice Center, and in government as a court attorney in Family Court. She has also served as Director of the Parent Education and Awareness Program for the Office of Court Administration and as a prosecutor and grant writer for the Westchester County District Attorney's Office. Ms. Pollet has participated in multiple legal and judicial education training programs as an organizer, speaker, and moderator and has taught law courses.

Ms. Pollet is a published author of over sixty legal articles in the New York Law Journal and periodicals about family law, employment law, criminal law, domestic violence, and related issues. She is a recipient of the Joseph F. Gagliardi Award for Excellence given to a non-judicial employee of the Unified Court System in the Ninth Judicial District for “distinguished service, devotion to duty and the administration of justice, and for outstanding service to the public.” She was also awarded the Marilyn Menge Award for Service given to a member of the Women’s Bar Association of the State of New York for “valuable and significant contributions to a chapter or to the statewide organization.” Ms. Pollet has been an active member of the legal community in New York State, a Past President of the Westchester Women’s Bar Association and she continues to serve as the Archive and Historian Chair. She is a past Vice President of the Women’s Bar Association of New York, and she continues to serve as the Co-Chair of the Domestic Violence Committee. Ms. Pollet has freely given her time to multiple other organizations, task forces, and committees over the years.

How to Deal With Sibling Rivalry Toward a New Baby

The Contractual Concerns of Surrogacy

Making a Will for Pregnancy