Endometriosis, Pain and Fertility – You Are Not Alone

Having endometriosis was one of the most painful things I’ve ever lived through. Every month the cramping felt like knives were scraping the inside of my uterus and due to irregular bleeding I was afraid to have intercourse or do anything that could bring my period early. Eventually, the pain I lived with for so many years resulted in a total hysterectomy, but before that I was able to conceive children with relatively no problem. That is not the case for some women with endometriosis. The disease can cause immense pain both physically and emotionally. 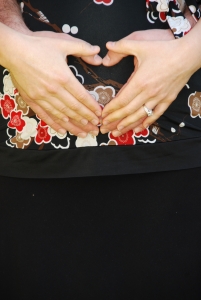 The Physical Pain of Endometriosis
It is the physical pain of endometriosis that really hurt me. I suffered from what the doctor’s called external endometriosis. That means endometrial tissue was present in my bloodstream and wherever it decided to make a home was where a cyst would grow. I had two cysts removed in my lifetime. The first was the size of a golf ball and the second was causing internal bleeding. External endometriosis is not as commonly the manifestation for the disease. More common symptoms include adhesions and pain.

The Emotional Pain of Endometriosis
Endometriosis causes more than physical pain – that was something I wasn’t prepare to deal with. After the birth of my twins the pain of my previous endometriosis started within a few months. Endometriosis is cured by pregnancy, so I managed a few months free from endo pain – if you call being pregnant with twins being free from pain. Once the pain started, the emotional impact was debilitating. I never wanted to have intercourse. I was constantly scared I would end up back in surgery again and I couldn’t have more children due to complications during the twin’s birth – I was left with no choice but to live the rest of my life in pain.

The connection between endometriosis and infertility is simple – pain means no interest in intercourse and no intercourse means no conception. Moreover, the physical changes caused by the disease can make it hard to conceive anyway. If you think you have endometriosis contact your gynecologist soon. There is help for the physical pain, emotional pain and infertility problems.

Keyword Tags:
endometriosis
menstrual period
Abdominal pain
pelvic pain
Previous: Infertility - What Can I Do At Home?
Next: Will Age Always be a Factor in Fertility?