Track your fertility to get pregnant faster!
Labor & Delivery

I Lost My Mucus Plug: Will Labor Start Now? 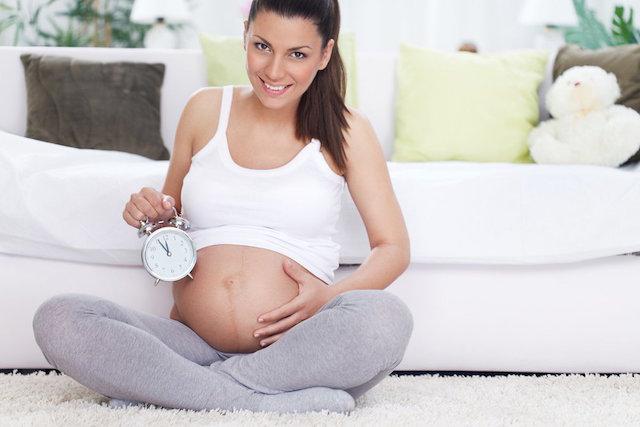 What is a mucus plug?

Mucus is a slimy substance secreted by mucous membranes and glands for lubrication and protection. The cervix contains glands that secrete mucus and create the mucus plug (which forms soon after the fertilized egg implants in the uterus in early pregnancy). The mucus plug blocks the opening of the cervix and protects against infections until shortly before birth. As the body prepares for labor, the cervix opens and the mucus plug passes and falls out of the cervical opening.

The mucus plug looks like a piece of clear or reddish jelly. Some women say it resembles a jellyfish. Basically, the size of the mucus plug is rather small, 4-5 cm long (when in the uterine cervix) or about two tablespoons (when it comes out). In fact, the discharge can be even smaller in size since it can come out in parts. The plug may be clear, slightly pink, or blood-tinged in color. It may be stringy mucus or sticky discharge and it may go unnoticed because there is already an increase in vaginal discharge during pregnancy.

When do you lose your mucus plug?

Passing of the mucus plug, sometimes along with the bloody show, often happens several weeks prior to the due date. If you observe bloody show more than 3-4 weeks before the due date, you should let your doctor know because it could be a sign of impending preterm birth.

What are the causes of bloody show?

Bloody show is often caused by the loosening or loss of the cervical mucus plug. There can be some bloody show associated with this action. The blood is not coming from the uterus but from the vessels holding the plug in place. These vessels rupture in order for the plug to pass. Bloody show is entirely normal, so no need to worry.

Will I always see the mucus plug pass?

Not all women see the mucus plug. Sometimes it will pass out of the body during a normal bathroom break or be passed in small bits with other pregnancy discharge. Often, the doctor or midwife is the one to inform the pregnant woman that it has passed during a cervical check for dilation.

How long will it take for labor to begin after the mucus plug passes?

Labor does not typically start as soon as the mucus plug passes. The cervix will gradually open and for some women, that takes weeks. In other cases, passing the mucus plug starts labor and causes the cervix to dilate faster. The body will start labor when it is good and ready.

Is it painful when the mucus plug falls out?

There is usually no pain associated with the passing of the mucus plug. Women often notice extra discharge and may be concerned about the tint of blood, but it is not painful.

Here is what some women said about their mucus plug:

When should I call my doctor if I pass a mucus plug or have bloody show?