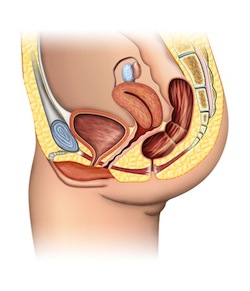 Pregnancy and childbirth are associated with urinary incontinence. During pregnancy, the weight of the uterus presses down on the bladder causing leaks and spills. After birth, urinary incontinence can last for several months while the body returns to a more normal state, but some women continue to experience urinary incontinence for longer periods, depending on birthing method and required healing time.

According to Maria Gyhagen, a doctoral student from the University of Gothenburg, women who give birth vaginally to just one child are plagued by urinary incontinence more than women who have C-section deliveries, emergency or elective. Women who gave birth vaginally suffered urinary incontinence 20 years later 67% more often than women who had given birth by C-section. Just ten years later that risk jumps to 75%. Vaginal deliveries were also associated with increased risk of symptomatic prolapsed and fecal incontinence.

Incontinence after pregnancy may be associated with pelvic floor damage. It appears that damage occurs as the fetus moves through the birth canal during vaginal delivery. C-sections do not require passage through the birth canal thus pelvic floor damage does not occur. The study did not go into risk factors for women who gave birth to multiple children vaginally or by C-section. Multiple births could change the dynamic of the study and alter results.