Track your fertility to get pregnant faster!
Pregnancy » Pregnancy Safety 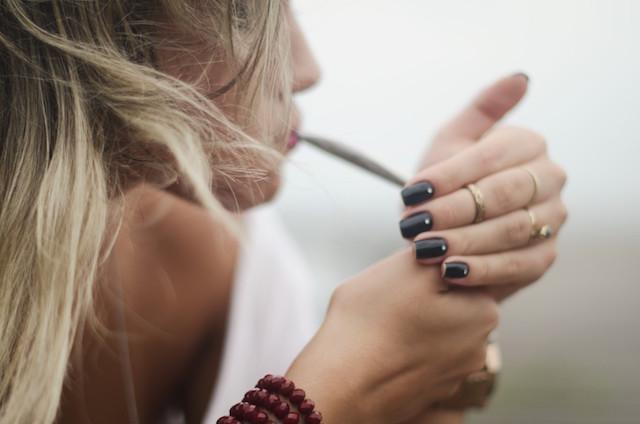 Is it safe to use weed/cannabis when you're pregnant?

Cannabis (weed or marijuana) is legal now in over 30 states in the U.S. and more pregnant women are using it. There is no evidence that taking marijuana in pregnancy is safe, and there is scientific evidence that it increases certain adverse pregnancy complications such as premature labor, small babies, and placental abruption. Babies born to mothers who used weed in pregnancy also had lower Apgar scores and were more likely to be admitted to the neonatal intensive care unit. Pregnant women should not use marijuana for those reasons. If the man uses cannabis, a recent study showed a twice increased risk of miscarriage in the woman.

That is why all major medical organizations such as ACOG and the CDC recommend that you do not use marijuana when trying to get pregnant and during pregnancy. All women who are TTC and those who are pregnant should be encouraged to stop smoking marijuana as soon as possible.

The drug contained in cannabis/marijuana is called 'THC,' and it crosses the placenta. That means every time a pregnant woman smokes marijuana, her fetus also gets this drug. Unfortunately, many pregnant mothers smoke marijuana because it seems that it has not been shown to cause any predictable pattern of abnormal fetal effects. This is not true. Babies born to mothers who smoke marijuana during pregnancy have several problems including lower birth weight and leukemia. Anytime smoke is forced into the alveoli of the lungs, it is competing for oxygen which should be getting to the baby. In addition, because marijuana is not under government quality controls, any number of chemicals could be contaminating it, and this could be potentially harmful to the baby.

While medical marijuana has become legal in some U.S. states, it is not regulated nor evaluated by the U.S. Food and Drug Administration.  During pregnancy and lactation there are no approved indications, contraindications, safety precautions, or recommendations nor are there any "safe" formulations, dosages, or delivery systems. Doctors should be discouraged from prescribing or suggesting the use of marijuana for medicinal purposes during preconception, pregnancy, and lactation. There are still no good studies yet on the impact of marijuana on pregnancy or lactation.

The American Academy of Pediatrics says that:

Therefore, pregnant women or women contemplating pregnancy should be encouraged to discontinue the use of marijuana for medicinal purposes in favor of an alternative therapy for which there are better pregnancy-specific safety data.

Read More:
Smoking and Pregnancy
How Alcohol Affects Pregnancy
Male Impact of Alcohol Use During Pregnancy