The Risks of Cytotec For Inducing Labor 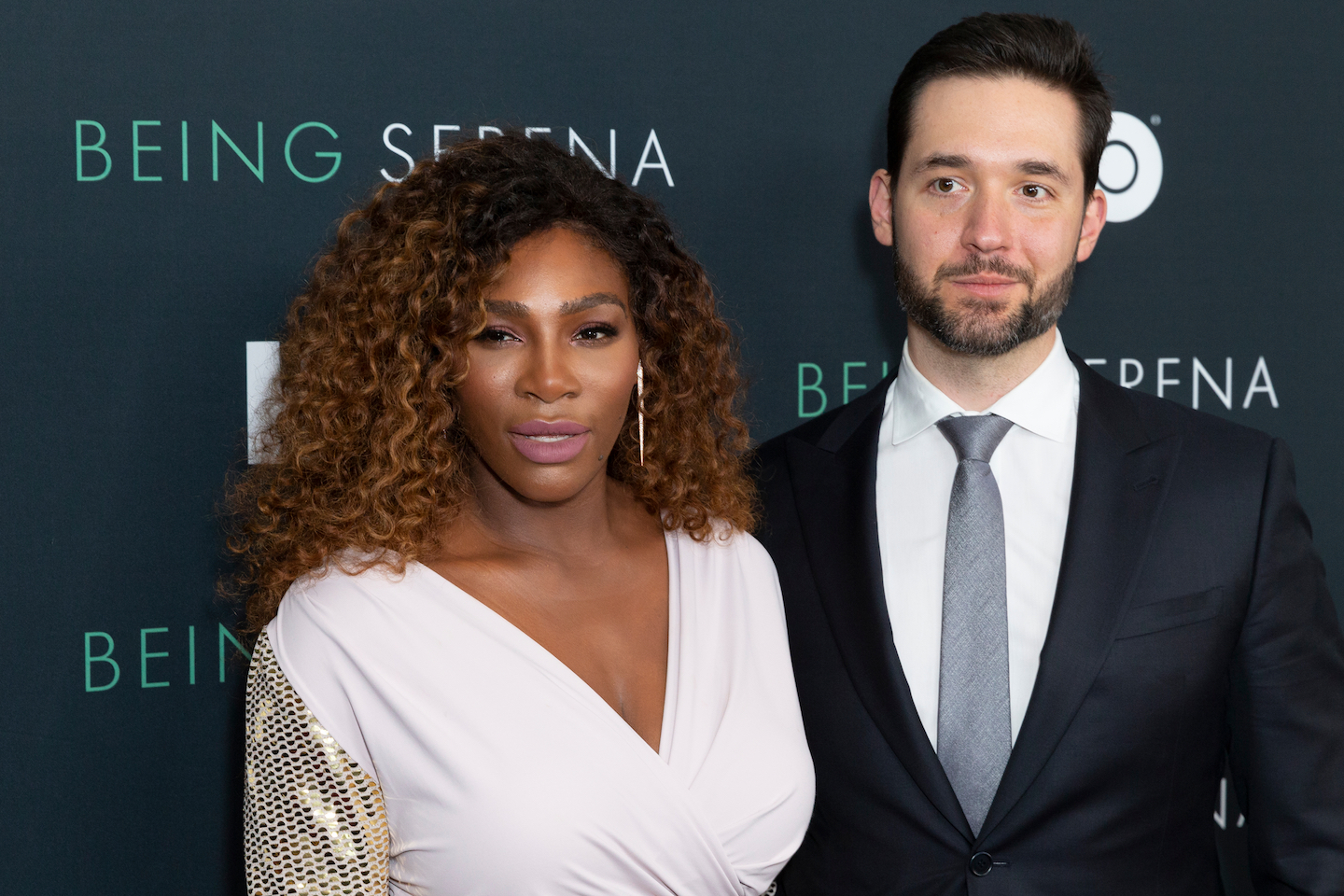 Serena Williams recently revealed that her labor was induced, she developed “fetal distress,” needed a cesarean delivery and subsequently developed a major complication called “pulmonary embolism”. She did not reveal how her labor was being induced, and I am not her doctor nor did I talk to her doctor. But in her HBO series she said she arrived for induction overnight, and because Cytotec is usually given overnight, and Pitocin, the other induction agent, is usually started in the morning (unless there are other reasons), it sounds more like it was Cytotec (misoprostol) with which she was being induced.

Cytotec (misoprostol) is a medication created to reduce the incidence of gastric ulcers. That is the only known and approved indication for giving misoprostol.  It was not made to induce labor, yet many doctors give it to their patients instead of the standard induction drug, Pitocin. Cytotec is easier, cheaper, and more convenient for the doctor and hospital.

Each package comes with a package insert which provides guidance for using the drug.

The package insert has a "black box" warning for the drug (the strictest warning put in the labeling of prescription drugs or drug products by the Food and Drug Administration). It advises against pregnant women taking the drug and states:

“SPECIAL NOTE FOR WOMEN: Cytotec may cause abortion (sometimes incomplete), premature labor, or birth defects if given to pregnant women.” The black box warning also states that “vaginal administration of Cytotec, outside of its approved indication, has been used as a cervical ripening agent, for the induction of labor” and that it causes a higher risk for a cesarean section.

And there is a special warning for Cytotec and Labor & Delivery 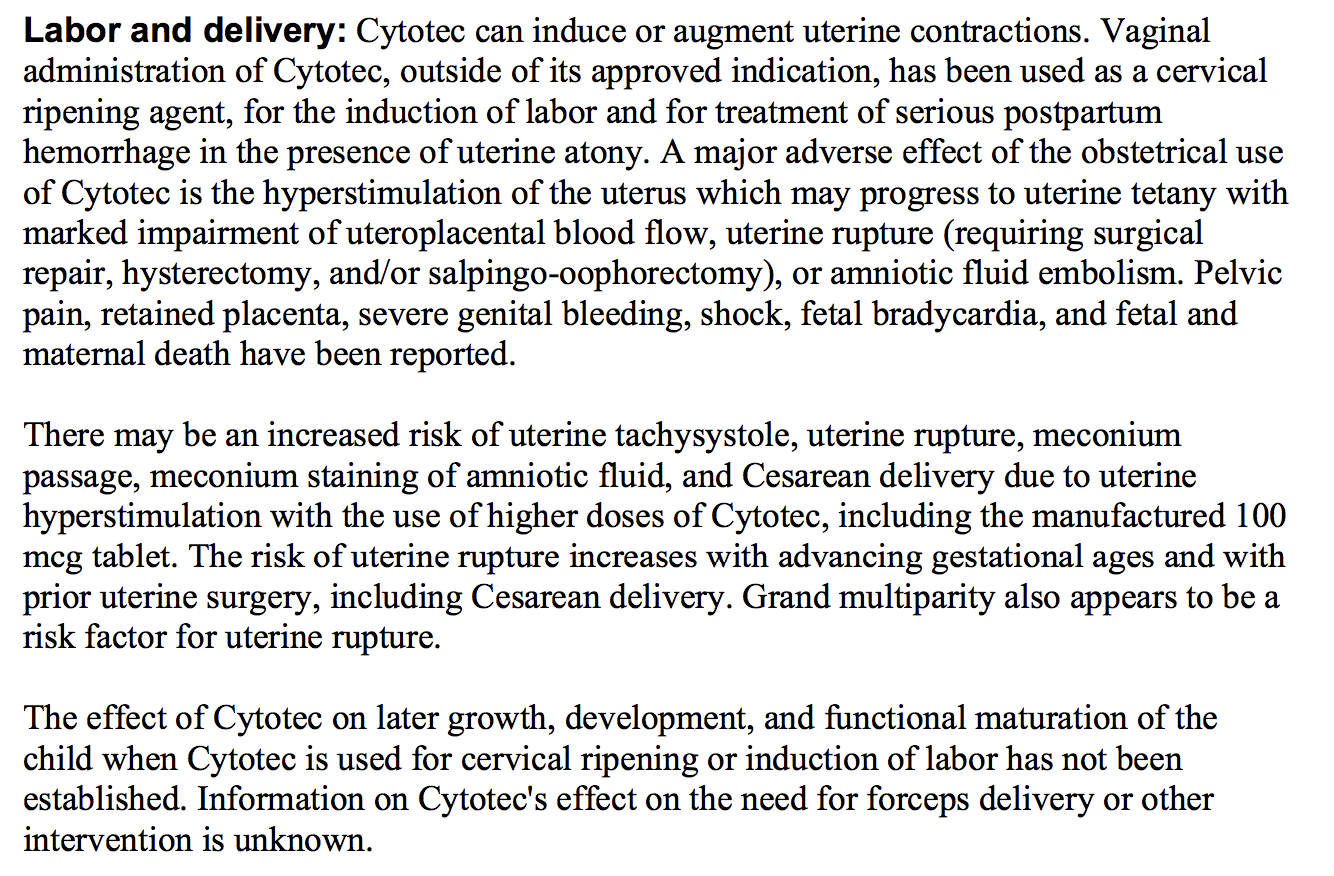 Serena Williams’ medical history of blood clots, embolisms, and hematomas, was well established before her labor and delivery as was evidenced in her HBO TV series, Being Serena. Her now husband, Alexis Ohanian explained in one episode: “The C-section was low on our wish list because of her history of blood clots. Any surgery that Serena has is potentially life-threatening.”

Not only was Serena induced which has a higher rate of C-section, but she had to repeatedly ask for further testing to rule out blood clots. When she couldn’t breathe after getting out of bed the day after delivering her baby, she was given an oxygen mask which caused her to cough so hard, she opened up her cesarean section stitches and had to be taken back to the operating room to repair it. She was given a test (doesn’t specify which one) to see if she had blood clots and was told she didn’t have any.

That’s when she insisted on a CAT scan with contrast dye. It was then that the pulmonary embolism was discovered as well as other blood clots in her legs. She ended up needing three surgeries in all, including one to place a filter to temporarily prevent blood clots from reaching her heart.

Organizations that do NOT support Cytotec for labor induction:

Keyword Tags:
Labor Induction
Previous: New definitions for infertility and other definitions
Next: The Placenta Is Different in Boys or Girls