Sign up for the waitlist for our new app, Obie!
Pregnancy » Ultrasound

At What hCG Level Can You See Pregnancy on Ultrasound?

Up to one in three women experience vaginal bleeding during the firest few months of the pregnancy, and many wonder how they can make sure the pregnancy is viable. In a study published in the Obstetrics & Gynecology journal, the authors reviewed records of patients with first trimester vaginal bleeding who were evaluated with serum beta hCG levels and ultrasound.

Higher hCG levels were associated with a greater proportion of ultimately viable pregnancies. 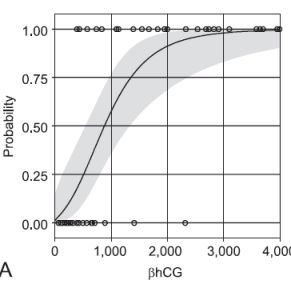 The "threshold value" the lowest value at which one would expect to see something on ultrasound was:

This study showed that a viable pregnancy can be diagnosed at lower beta hCG levels and with better ultrasound equipment than previously published.