One of the scariest parts of having two preemies was the constant fear that they would stay small forever. The pediatrician constantly gave us warnings about how preemies grew slower, learned slower and developed slower than their peers. In our minds, we saw two tiny little toddlers and two tiny little children starting school, but that image soon disappeared when our twins started growing faster than other infants of the same gestational age. It appears that all preemies don’t fall into that generic category after all and we were lucky enough to have a set of twins that refused to be held down by any stereotype. 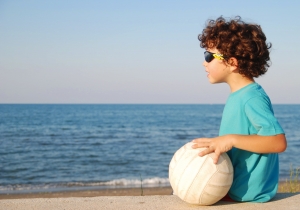 Things Even Out, Then Go the Other Way

By the time our twins reached the toddler stage of life, they were the same size and weight as their peers. That is when things started getting a little wacky. Our twin boy continued growing at an extremely alarming rate. Soon he was well above the growth chart arch for both height and weight. His twin sister managed to maintain a steady growth rate so she reached the 50th to 60th percentile and stopped.

Today we have one average 8-year-old little girl who is equal in all ways with her peers. There are no learning disabilities or growth problems. We also have one not so average 8-year-old boy. He is nearly 5-feet tall and weighs more than 80 pounds. He is extremely smart and constantly scores the highest in his class, school and county on standardized tests.

Raising preemies does not mean you'll be left with two tiny little creatures as adults. They will continue to grow and, in many cases, end up just as tall as their peers born full-term. Preemies can be slightly smaller and learn more slowly than peers, but that is not ALWAYS the case. Most often pediatricians and other doctors are giving you information about what could happen, but every preemie is different.