Antibiotics Help Reduce Infection If Given Before Surgery 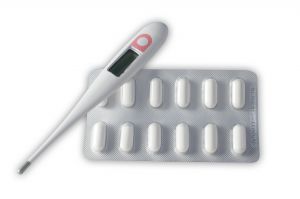 At the Barnes-Jewish Hospital, reduced infection rates associated with all forms of surgery when antibiotics were given before surgery lead the hospital to change antibiotic policy. Now, women who are scheduled for a C-section receive treatment before the surgery, so patients at this hospital were used for this report. Before the changes were made to hospital policy, about 10% of deliveries were associated with infection. After the policy change, that rate dropped to about 300 infections in more than 8,600 C-sections over an eight-year period. There were no reports of negative effects on infants after the policy change. The rates of infection remained low even though more women admitted to the hospital for C-section surgeries measured in the overweight or obese range. Despite the increased risk of infection associated with being overweight and obese, all women benefit from getting a dose of antibiotics before surgery.

There is little doubt you will receive antibiotic treatment as a tool to prevent infection associated with C-section delivery. You could possibly receive treatment before, during and/or after the surgery.

Keyword Tags:
antibiotics
Cesarean Section
Previous: Which Painkillers to Take During Your Pregnancy
Next: Steroids Not Safe for Treatment of CAH