Are Unsafe Antihypertensives Being Used During Pregnancy?

It is estimated that upwards of 5% of pregnant women take medications to control high blood pressure. Blood pressure naturally increases during pregnancy, but if it climbs too high it can lead to dangerous side effects and premature death. The American Heart Association recently published a research study claiming some of the drugs used during pregnancy may not be safe for pregnant women at all. 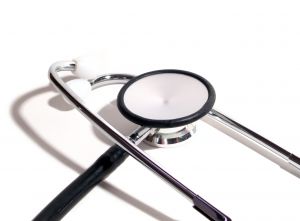 Researchers followed women covered by Medicaid insurance during their pregnancy. Prescriptions for high blood pressure medications were tracked during all three trimesters. The medications could only be tracked if the women had the prescription filled, so not all numbers can be considered 100% accurate.

During pregnancy, about 5% of women filled a prescription at one point or another for a high blood pressure medication in 2006. That percentage was up about 1.5% from 2000. The majority of the prescriptions were filled in the 3rd month of pregnancy when hypertension is most common.

Researchers and doctors suggest calling your obstetrician/gynecologist immediately if you are taking blood pressure medication(s) and you find out you're pregnant. The medication(s) you are currently taking may not be safe for use during pregnancy. Your medication regime may be changed to maintain a healthy blood pressure and keep the fetus safe and healthy.

Keyword Tags:
hypertension
Previous: Do Humans Have a Mating Season?
Next: New Program Aims to Reduce Number of C-Sections