Do preemies ever catch up with their peers? 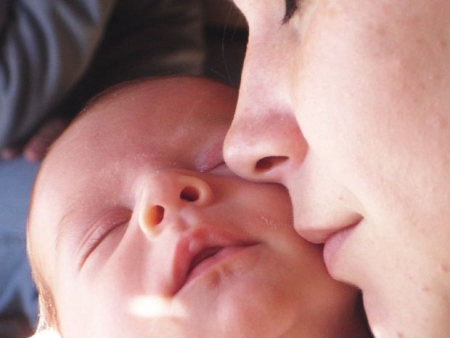 When my first two children were born weighing more than 10-pounds 13-ounces each, I was spoiled. My third pregnancy was with twins so there was no way I would be taking home a large infant like I did the previous two times. I did not expect, however, these two tiny creatures born six weeks before their due date and tinier than any infant I had ever held. I also did not expect the long list of warnings associated with having two premature infants.

Preemies are at increased risk for certain illnesses and diseases that their peers don’t have to worry about, but there is light at the end of the tunnel. Preemies, in many cases, grow up just as strong and healthy as peers, no matter how small they were in the beginning. And, in some cases, preemies end up surpassing their peers. My preemies aren’t preemies any more. At the age of 8, my son is nearly 5-feet tall and weighs a solid 85-pounds and my daughter is just slight shorter than her brother. Both are mentally and physically on or above track.

Tips for Parents of Preemies

One of the first things my pediatrician taught me about my preemies was patience. For a while after birth, they were considered slightly behind their peers. They had six weeks of catching up to do and that meant they walked, talked and generally developed a little slower than other children of the same age. It is also important to keep in mind:

This last tip is extremely important. Not all preemies require extended hospital stays. A little more than 24 hours after my preemies were born, I was home enjoying life with double feedings, double diaper changes and double the fun.

Do you have experience with a premature baby or babies?

Keyword Tags:
preterm delivery
Previous: Weight and Infertility: How Much Weight Should I Lose?
Next: The Doctor Said I Have a Wall in My Uterus