Sign up for the waitlist for our new app, Obie!
Blog » Trying To Get Pregnant

Does Fasting Hurt Your Fertility?

Browsing through the Internet collections of fertility articles, I stumbled upon an article on fasting and female fertility in New Scientist. The study was completed on female mice, but it was completed by researchers at the Harvard Medical School – so there is a bit of clout behind the research. Let’s take a look at what the researchers found. 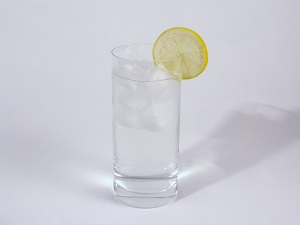 According to Harvard Medical School, female mice eating a diet supplying 40-percent fewer calories released fewer abnormal eggs. The abnormalities don’t physically decrease the number of eggs available for fertilization, but it may reduce the number of viable pregnancies. For instance, if abnormality rates are higher, fewer fertilized eggs will be carried to term essentially increasing the number of miscarriages.

In humans, these same abnormalities are associated with the aging female reproductive system. With age comes increased risk of miscarriage and birth defects. So, researchers put the two together and theorize that fasting in women could reduce the number of abnormal chromosomes and increase the number of viable pregnancies later in life.

Researchers also noted that reducing calories caused an increase in the number of eggs produced during fertility treatments in the female mice. If this effect translates to the human female, it could mean more eggs during the harvest stage of fertility treatments and thus increase the chance of conception via those treatments.

There is so much research out there right now about the impact of lifestyle on egg production and fertility – it can make your head spin. This research is not definitive, so women should not go out and fast to increase their chances of conceiving, but the details of the study may be extremely important for some women. If a woman eats a 2,000 calorie diet, a 40-percent decrease in calories would bring that number down to 1,200 calories. That is the amount of calories doctors suggest for weight loss and when you eat 1,200 calories you are not fasting – something to think about.

Keyword Tags:
Getting Pregnant
female fertility
Previous: Should You Choose a Family Member as Your Surrogate?
Next: What Is a Fertility Cycle and Is it Important?