Menopause: Where Am I Five Years Later? 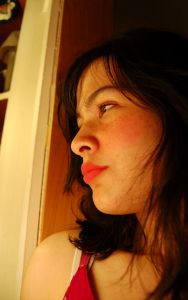 One of the scariest meetings in my life was my first appointment with a new gynecologist when I moved to Las Vegas. The gynecologist sat and listened to my medical history with true interest. He jotted down a few notes when I told him how many children I had and the fact that my tubes were tied after my last pregnancy. Then, when I started talking about my first abdominal surgery to remove a large endometrial cyst and my current pain and burning, he stopped writing. Just 25 minutes into the meeting he suggested a total abdominal hysterectomy with bilateral ovary removal. Being a young woman, the thought of being thrust into menopause this early was scary, but I was willing to do anything to stop the pain. Despite the CAT scan showing there was nothing causing the pain, the doctor completed the surgery anywhere. While inside he was nice enough to remove some scar tissue from my previous surgery. We later found out that scar tissue with a large endometrial cyst that was hemorrhaging. The doctor had not only stopped the pain, he'd saved my life.

Five Years Later
Five years have passed since that fateful surgery and I am happier and healthier than ever before. No more pain; no more menstrual cycles; no more menopause symptoms. I stopped taking hormone replacement therapy two years into menopause to protect my heart and reduce the risk of known side effects of long-term HRT use.

Menopause symptoms do stick around for years after hitting menopause. For women who naturally enter menopause the symptoms may not be as strong because reproductive hormones gradually fade away. Surgery stops hormone production immediately - like RIGHT NOW. Most doctors suggest using a hormone replacement patch, placed on the skin immediately after surgery, for at least a few months post surgery to help the body heal before adding pressure. You can leave the hormone replacement patch behind when you're ready as long as you are willing to deal with menopause symptoms for a while.

What Can I Tell Other Young Women?
The symptoms DO stop. Don't worry about living the rest of your life sweating all over the place, acting like Cybil and fighting that constant headache. HRT is great for the first couple of years, get used to life in menopause. Work with your doctor to gradually reduce dosage and then fade off medication all together.