There’s Glucose in My Urine: Do I Have Gestational Diabetes?

When I was pregnant with my first daughter, I gained a lot of weight very quickly. The midwife thought I was eating too much food and I knew she was wrong.

We fought over my eating habits on several occasions until my urine tests started coming back positive for glucose. She thought she’d found the answer to my extreme weight gain – gestational diabetes. I traveled to the nearest lab for a one-hour glucose test. The test came back negative – I did not have gestational diabetes.

Over the course of my pregnancy I ended up back in that lab three more times all after positive urine glucose tests. After a three-hour glucose, five-hour glucose and eight-hour glucose, it was finally realized that I was not ever going to suffer from gestational diabetes, but there was clearly something going on. 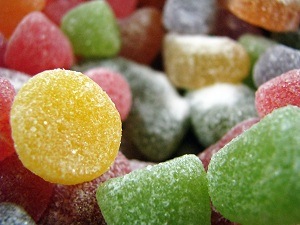 My Kidneys Are Not Fond of Sugar

After speaking with an obstetrician, I was transferred for more dedicated medical care. After the first positive urine glucose test the obstetrician did not request another glucose test, he simply asked me what I’d eaten for breakfast.

That morning I’d had two whole wheat waffles with syrup. He asked me to eat normally for the next few days, but I was to stop by the office at the same time as this day’s appointment every day to give a urine sample. My appointment was on Tuesday, so I stopped by on the following three days.

My body wasn’t processing the sugar I was eating fast enough and some was spilling into my urine. That was the sugar present in my urine test, not glucose elevation associated with gestational diabetes.

Not all pregnancies are alike, but if your urine tests are positive for glucose but your glucose tests are negative – talk with your obstetrician about other causes of a positive urine glucose test.

Previous: Glucose Tolerance Testing during pregnancy
Next: Induction Before 39 Weeks Is Not a Good Idea