What Do Women Know About IU Contraception?

IU or intrauterine contraception is an effective means of protecting against pregnancy, but just how much do women know about this contraceptive option? According to researchers at the University of Maryland School of Medicine, not much. 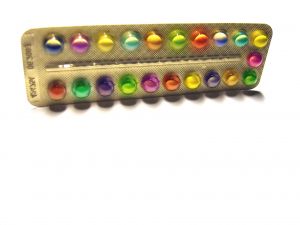 Who was questioned?
More than 12,000 surveys were sent to women in the area in and around St. Louis. Only 1,665 surveys were returned, but that was enough for researchers to learn just how uneducated women are about IU contraception.

The most educated of the bunch were women who were currently using or had used IU contraception. They were able to estimate efficacy more effectively than any other group of women who responded to the survey. Women who'd talked about IU contraception with their gynecologist or family physician were also more educated.

Common misconceptions reported by women without sufficient education included the idea that IU contraception increased the risk of cancer and infection after implantation. Up to 36% of women who filled out the survey were concerned about complications.

Where do we go from here?
IU contraception is an effective alternative to birth control pills. Birth control pills carry the risk of complications, especially for women over the age of 35. Women who smoke are at an even greater risk of complications, so IU contraception should be included in educational material offered to women seeking pregnancy prevention.

Further research studies of this nature could be completed on a larger scale across multiple populations, but the results would likely be the same. Women have misconceptions about IU contraception and often they have no education about the efficacy and safety of an implanted form of contraception. Education is the answer.