What is an Ovarian Pregnancy? 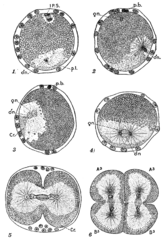 Do Ovarian Pregnancies Recur?
An ovarian pregnancy is nothing more than an ectopic pregnancy and that means the chance of recurrence is high – but recurrence does not necessarily mean another ovarian pregnancy. Being at increased risk for ectopic pregnancy, in general, means reduced risk of viable pregnancy, but advances in ectopic treatment have made pregnancy and parenthood possible for some women. Even without both fallopian tubes, the ovaries still produce eggs and those eggs can be harvested, fertilized and implanted in the uterus. If the ovaries are no longer producing eggs, donor eggs can be used.

Keyword Tags:
ectopic pregnancy
Previous: You Might Have to Give Up the Jewelry Too
Next: Late Pregnancy Loss: Future Pregnancy Risk