What is Prodromal Labor?

I remember being pregnant with baby one and baby two – no contractions, no symptoms of labor – nothing but planned C-sections due to my interesting ability to grow larger than normal fetuses. By my third pregnancy I thought everything was smooth sailing. I knew I would never have the ability to vaginally birth after two C-sections, so we planned on a C-section after 35 weeks (twin pregnancy). Life was not as easy the third time around. I experienced some of the worst contractions I’d ever felt and they started in the 29th week of pregnancy. I dilated to about four centimeters and there I stayed for WEEKS. The doctors called it prolonged prodromal labor, but I called it a pain in the stomach. 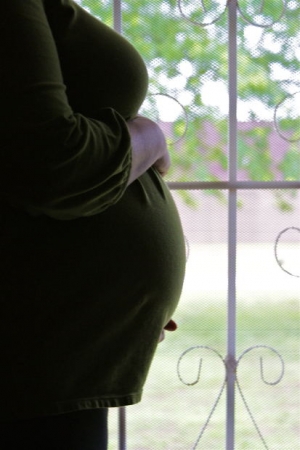 The First Stage of Labor
The first stage of labor is called the prodromal stage. This is when you start to experience contractions, but they do not get stronger and move into active labor – at first. The contractions do cause dilation of the cervix to about four centimeters. Typically, at this point, the body kicks in and starts the next phase of labor, but that kick does not happen in all cases.

The Side Effects of Prodromal Labor
The main side effect I felt was extreme fatigue. I was so tired I could not get up to go to the bathroom without help. Of course, I was on strict bed rest at this point in hopes of staying pregnant longer than 30 weeks. I was given medications to stop labor, which worked for a short time before the contractions of prodromal labor started all over again.

I managed to stay pregnant long enough to give birth to two healthy, happy twin infants. My labor was sparked by a drug that was supposed to stop the advancing contractions in hopes of spending a few weeks gestating in the hospital. That didn’t happen. For the first time in weeks those contractions started progressing to the next stage so we were given the gift of twins a little earlier than expected.

Keyword Tags:
Cesarean Section
Previous: Breastfeeding and Cancer Patients: Rules May Soon Change
Next: What You Need to Know about Foreign Travel with Baby