Will Age Always be a Factor in Fertility?

The world of fertility is constantly changing, but never as fast as it has in the last decade. Today infertility is often a temporary problem with a long list of treatments ranging from dietary and lifestyle changes to microscopic treatments that fertilize the egg with the sperm in a lab before being implanted into the female uterus – and changes aren’t just happening in the medical world of fertility. Women are choosing to conceive later in life with great success. Not that many years ago women in their 40s were considered late in life and having a baby was a mistake at that age, not a choice. If women are changing and fertility is changing, how long will it be before age is no longer a factor? 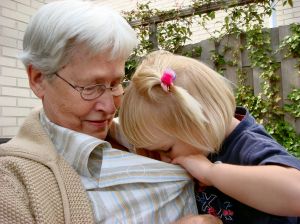 The Basics of Conception and the Aging Female Body
If you look at the basics of conception the only thing standing in the way of prolonger fertility for women is egg supply. When egg supply dwindles the body signals to start menopause – this could happen as early as late 30s or early 40s for some women. Estrogen levels start to drop and egg age limits fertility, but what if egg supply never diminished? The body would never get that signal and estrogen levels would remain high much longer – possibly forever.

While a change like this is not going to happen in the next 10 years, it could happen in the next 100 years as women keep pushing the natural limits of motherhood. Eventually the female human body will change and fertility will start later and end later – changing the world of fertility for many years to come.

Will age always be a factor in fertility – no. Eventually, if age limits are pushed consistently for decades, women will maintain natural fertility longer and that could change the entire world.

Keyword Tags:
fertility
Advanced maternal age
Previous: Endometriosis, Pain and Fertility – You Are Not Alone
Next: My Mom Was Infertile - Will I Be?