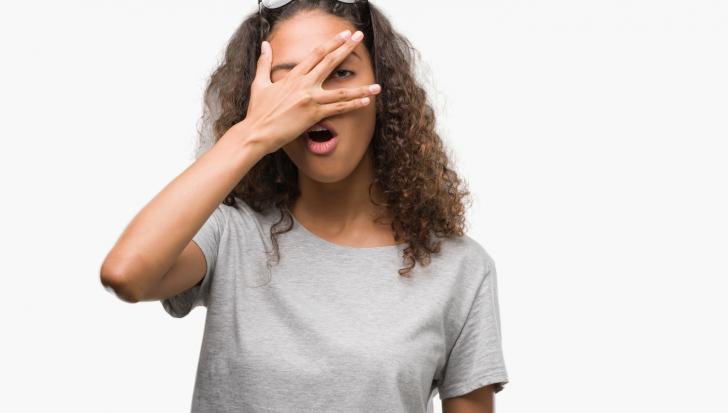 How does pregnancy change the body?

Pregnant women are well aware that pregnancy can cause major changes in all systems of the body including the heart, lungs, skin, endocrine, blood and other body parts. Your eyes are not different and can change too with pregnancy.Pregnancy is a time when the female body goes through a lot of changes. These changes are often temporary and will return to normal after baby is born. The changes in the eyes / vision during pregnancy can be attributed to corneal edema, retinal changes, central serous choroidopathy, glaucoma and pituitary adenoma.

Eye changes during pregnancy are part of your body changes. Some of them are normal, but other eye changes require further examination. The following are normal eye changes in pregnancy:

Read here more from the CDC...

It is not recommended to get new eyeglass and/or contact lens prescriptions during pregnancy, because changes are often temporary and disappear after delivery.  Refractive surgery is contraindicated during pregnancy.

Ptosis or drooping eyelid which is usually unilateral or on one side  is believed to develop as a result of fluid and hormonal effects on the levator aponeurosis, and it often resolves after delivery. Ptosis can affect one or both eyes. While ptosis during pregnancy usually resolves after delivery, it can also be a warning sign that a more serious condition is affecting the muscles, nerves, brain or eye socket. Therefore, an eye examination is recommended if you have a drooping eyelid it pregnancy, just to make sure it's nothing more serious.

Blurry vision is the loss of sharpness of eyesight, either in one or both eyes, making objects appear out of focus and hazy. Blurry vision is occasionally normal in pregnancy and can sometimes happen as you move from one position (like lying down) to another position (like standing up). If it's persisten and bothers you, then you should see an eye doctor, an ophtalmologist to make sure nothing serious is going on.

During the third trimester of pregnancy, the cornea may swell and become thicker than before pregnancy. This is a change that will reverse after baby is born but can cause some irritation with contact lenses during pregnancy. This eye / vision change during pregnancy requires the mom to leave the contact lenses behind from late in the third trimester until after baby is born.

Changes in the retina can occur in women who have diabetes before pregnancy and gestational diabetes. The retinal changes can result in vision being blurred and difficulty focusing. The doctor will carefully monitor the blood glucose levels if blurred vision occurs during pregnancy.

This condition is characterized by a fluid leak under the retina. This leak could have something to do with fluid retention in the body during pregnancy. While the condition will most often reverse after pregnancy, an eye care physician will need to keep track of the progress of the condition. Symptoms of central serous choroidopathy include blurred vision in the affected eye and the eye reading objects smaller than they truly are.

Any occurrence of tunnel vision during pregnancy could be the result of a benign tumor referred to as pituitary adenoma. The pituitary gland is responsible for many hormone levels in the body. During pregnancy, these hormones are secreted in higher levels that before and after pregnancy. When the hormone levels rise, the tumor can grow.

If mom has glaucoma before becoming pregnant, pregnancy can reduce the effects of the glaucoma for a small period of time. Glaucoma is characterized by pressure building up behind the eye. During pregnancy, this pressure may decrease temporarily.

Eye vision changes during pregnancy may also be the result of high blood pressure and preeclampsia. High blood pressure can cause the vision to distort and appear blurred. There may also be spots that appear in front of the eyes. Preeclampsia, another pregnancy induced condition, can result in a detached retina. Preeclampsia can result in death for both baby and mom, so any symptoms related to the onset of preeclampsia will be noted by the obstetrician during the third trimester when the condition most often presents.

Mom can expect her vision to change throughout the pregnancy from hormonal changes and fluid changes in the body. These changes are common and normal, but all changes to vision need to be reported to the obstetrician as they could be symptoms of something greater. Nearly every eye / vision change during pregnancy will be 100% relieved as soon as baby is born and mom's body returns to its normal state. Conditions such as pituitary adenoma and detached retina may require further treatment after baby is born.