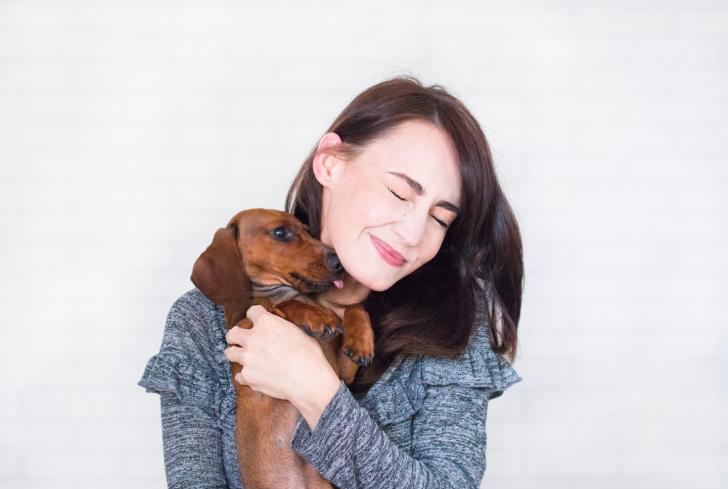 Campylobacter bacteria infections during pregnancy, infections with an organism called campylobacter jejuni, are the number one cause of foodborne gastroenteritis, aka food poisoning in the United States and other developed countries.  According to the World Health Organization (WHO),  Campylobacter is considered to be the most common bacterial cause of human gastroenteritis in the world. Symptoms of campylobacter infections include diarrhea, nausea, vomiting, and stomach cramps. Search it HERE on PubMed.

Consuming food or water that contains the bacteria Campylobacter jejuni causes an infection called campylobacteriosis. C. jejuni is found in the intestinal tracts of animals (especially chickens) and in untreated water. It's a very common cause of diarrhea accompanied by fever in the United States. C. jejuni is easily destroyed by heat (120 degrees F).

Recently, campylobacter infections have also been reported after contact with infected puppies in pet stores. The CDC advises that you should always wash your hands thoroughly with soap and water after touching your puppy or dog, after handling their food, and after cleaning up after them.

Campylobacter infections are generally mild but can be fatal among very young children, elderly, and immunosuppressed individuals. The bacteria normally inhabit the intestinal tract of warm-blooded animals such as poultry and cattle and are frequently detected in foods derived from these animals. Campylobacter species can be killed by heat and thoroughly cooking food.

Campylobacter are mainly spiral-shaped, “S”-shaped, or curved, rod-shaped bacteria. Currently, there are 17 species and 6 subspecies assigned to the genus Campylobacter, of which the most frequently reported in human diseases are C. jejuni (subspecies jejuni) and C. coli. Other species such as C. lari and C. upsaliensis have also been isolated from patients with diarrheal disease, but are reported less frequently.

In general, infections with campylobacter jejuni or C.jejuni  are self-limiting and treatment is not necessary. However, infections caused by this organism can lead to potentially dangerous long-term consequences for some individuals. Bacteremia, Guillain-Barré syndrome (GBS; an acute flaccid paralytic disease), and reactive arthritis (ReA) are the most serious of the long-term consequences of C. jejuni infections.

Symptoms usually appear within 2 to 5 days after eating the contaminated food and include fever, stomach cramps, muscle pain, diarrhea, nausea, and vomiting. Infection from C. jejuni may be treated with certain antibiotics.

Although pregnant women in and by themselves are not at an increased risk of campylobacteriosis, they can become infected like anyone else. If a pregnant woman has a C.jejuni infection,  infection from this bacteria can result in transmission to the placenta and fetus and significant pregnancy complications. Consequences of fetal infection include abortion, stillbirth or preterm delivery. During pregnancy, any foodborne infection may be hazardous to both the woman and the fetus. C. jejuni-induced bacteremia during pregnancy is especially dangerous and may lead to significant pregnancy complications such as intrauterine infection of the fetus, abortion, stillbirth, or early neonatal death. In addition, the newborn may become infected by the mother during the birth process or shortly after birth. A newborn infection with C.jejuni may lead to neonatal enteritis, bacteremia, and/or meningitis. C. jejuni enteritis is the inducing antecedent infection in approximately 30% of cases of GBS.

C. jejuni is most often found in raw (unpasteurized) milk and raw milk products, raw or undercooked meat and poultry, and raw shellfish. Organisms are destroyed at temperatures over 165 degrees Fahrenheit (74 degrees Celsius).

To avoid campylobacteriosis (and many other foodborne infections), pregnant women are advised to:

Because campylobacter infections have been reported after contact with puppies, the CDC advises:

When choosing a pet dog, pick a puppy or dog that is bright, alert, and playful.
Signs of illness include appearing lethargic (sluggish or tired), not eating, having diarrhea, and breathing abnormally. However, even a dog that appears healthy can spread germs to people and other animals.

If your dog becomes sick soon after purchase or adoption, take your dog to a veterinarian promptly and inform the pet store, breeder, or rescue organization about the pet’s illness. Thoroughly clean the area occupied by your pet by using a water and bleach solution.

Read More:
Are Cold Cuts & Deli Meats Safe in Pregnancy?
Food Too Dirty to Eat During Pregnancy
Salads And Pregnancy