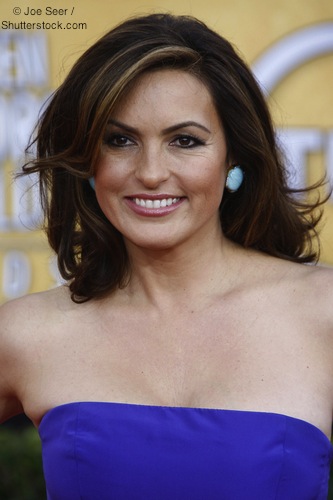 Mariska and husband Peter Hermann, also of Law and Order fame, were surprised and thrilled at the news of their new addition. According to the couple, within one week of processing the adoption paperwork for the second time, they were told the good news. “We never in a million years thought it would happen this quickly,” the couple told PEOPLE, “but something inside of us knew that this was right, and we said, ‘Yes, yes, yes!’” Hargitay also stated, “We knew this was our guy. Everything about it felt right. It felt divinely right.”

Andrew Nicolas Hargitay Hermann was born in the United States this past summer. He joins biological son August, 5, and Amaya Josephine. According to Mariska, her children have already bonded, stating: “They’ll lie in the crib together, and she’ll hold his hand and put her arm around him…She’s already so protective of him.”

Hargitay has joined a large group of Hollywood women also turning to adoption in order to create a family; amongst them are Kristin Davis, Sandra Bullock, Angelina Jolie, Michelle Pfeiffer, Calista Flockhart, and many others.

While we hope Mariska, on-screen detective, will take full advantage of her maternity leave rights in order to get her new family settled, Law and Order fans have no fear; the actress will continue working four days a week on the hit show.

Congratulations to the Hargitay-Hermann clan!