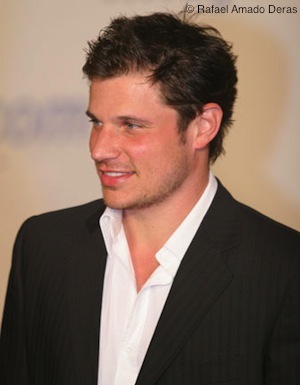 Although it’s old news that Vanessa Lachey (formerly Minnillo) is pregnant with husband Nick Lachey’s baby, we can’t resist reporting on the progress of the happy couple. Fortunately for their fans, Vanessa and Nick have been quite candid when it comes to sharing the details of their pregnancy.

At the pair’s most recent appearance on Live! With Kelly, both Vanessa and Nick shared some updates on their first pregnancy experience. When speaking about her pregnancy symptoms, Vanessa, 31, stated, “I’ve been lucky, knock on wood, so far – no morning sickness, no anything.” However, husband Nick, 38, “He’s got Pregnancy Dad Syndrome,” she said. “He’s got the cravings, he’s got gas. He’s like ‘I feel bloated, my back, my feet.’ He’s had me rub his feet!” Then Nick chimed in with a laugh, “That’s just old age, baby."

“Pregnancy Dad Syndrome,” as Vanessa calls it, is referred to as ‘sympathetic pregnancy’ or ‘Couvade syndrome,’ and is quite common among partners of pregnant women. When asked about his symptoms, Nick responded, “I just want to be part of the experience, too.” Nick was actually the first to break the exciting news of his wife’s pregnancy. He appeared as co-host on Live! With Kelly in March, where he surprised the audience with the announcement.

Nick plans on being a supportive husband the whole way through, and is definitely planning on coaching Vanessa in the delivery room. “I’m gonna be there, I’m gonna be supportively there, holding hands, and coaching, breathing, all that good stuff,” he said. “But apparently I won’t be down below, seeing what’s happening. I’ll be up above, helping…my work there is done!” he said laughing. “I was successful there. So we’ll keep it waist –up.”

We are thrilled for the happy couple and can’t wait to here more. Congratulations Vanessa and Nick!