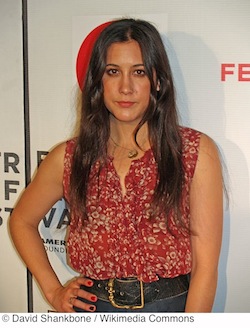 Grammy Award-winning songstress Vanessa Carlton describes herself as a very private person but she’s recently made some public announcements of a very private nature, in the hope of spreading awareness of the tragedy she’s experienced. Carlton was recently diagnosed with Polycystic Ovary Syndrome (PCOS), a reproductive disorder that makes conception difficult. She did, however, become pregnant shortly thereafter. Her joy quickly turned to heartache when the pregnancy was diagnosed as ectopic and she lost the baby.

Carlton’s Story
The term ectopic pregnancy was new to Carlton. She describes feeling weird, with an achy side and lightning-like pain in her shoulder but most women experience unusual and unexpected physical sensations during pregnancy.

Still, the symptoms led Carlton to ask for a scan a few weeks earlier than scheduled. This scan revealed a blurry spot on her fallopian tube but the pregnancy was allowed to continue as her doctors waited to see if their suspicions of ectopic pregnancy became confirmed as the pregnancy progressed. Eventually, the tube ruptured and required immediate surgical removal.

Carlton, 33, and fiancée, John McCauley, front man for the alt-country band, Deer Tick, are not without hope of becoming parents some day. One of Carlton’s fallopian tubes was removed because of the ectopic pregnancy but both ovaries and her remaining fallopian tube are perfectly fine and healthy.

Polycystic Ovary Syndrome (PCOS)
Between 5 percent and 10 percent of all women of reproductive age are diagnosed with PCOS, which may be an inherited disorder. It is one of the main causes of infertility in women and is often detected in ultrasound scans. Symptoms of PCOS include:

Ectopic Pregnancy
The word ectopic derives from a Greek word meaning “out of place.” During a typical pregnancy, a fertilized egg implants in the uterus; during an ectopic pregnancy, the egg implants outside the uterus. Only about 1 percent of all pregnancies are ectopic, with 98 percent of them occurring in a fallopian tube. Some ectopic pregnancies resolve themselves without medical intervention. Others, however, can be life-threatening, as when a fallopian tube ruptures and requires immediate medical attention.

In addition the the discomforts Carlton describes, cramping that occurs on one side of the pelvis or lower belly, unexpected vaginal bleeding, low blood pressure, and unexplained pressure in the rectum are common symptoms. Pain in the lower back and pain in the abdomen that can be described as sharp, severe, and sudden are symptoms as well. Women suspicious of ectopic pregnancy are urged to share their concerns with their healthcare team at the earliest possible opportunity.