Follow us on Instagram
Our app takes the guesswork out of getting pregnant. Get Obie for iOS Now!
Lifestyle 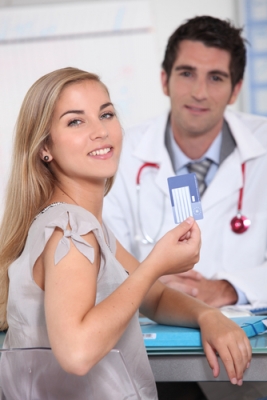 The Affordable Care Act (ACA, Obamacare) has been in operation long enough to produce a bit of a track record of how it is affecting life in the United States: millions more people now have access to health care than before the law was enacted, healthcare coverage doesn’t disappear when a job is lost or changed, and there’s more flexibility in the work force. One notable trend is an increase in the number of people choosing to work part time rather than full time.

The biggest jump in voluntary part-time workers is in young Americans with children. Since healthcare coverage is now available for part-time workers, many parents find it is much easier and financially lucrative to juggle part-time jobs and parenthood without worrying too much about how to pay medical expenses if someone in the family becomes sick or injured.

A study by the Center for Economic and Policy Research (CEPR) compared voluntary part-time work in the years before and since the ACA began. Part-time work, as defined by the US Bureau of Labor Statistics, is 35 or fewer hours per week. The first open enrollment period was from October 2013 through March 2014.

The CEPR study found the percentage of voluntary part-time workers of all ages were:

There was only a 2.08% rise in voluntary part-time employment between 2013 and 2014 but the details of who chose part-time work reveals a family-friendly workforce since the ACA was first available:

By age, the number of voluntary part-time workers fluctuated between 2013 and 2014 by:

The authors of the study acknowledge the ACA is still new and not fully in effect yet. It’s too soon to predict if this pattern of young parents choosing part-time work to better juggle family obligations with income-producing jobs will continue in coming years. It’s likely the ACA, coupled with innovations in the workplace that include job sharing, flexible hours, and telecommuting, will work together to allow young parents to effectively work and raise a family with greater ease than ever before.