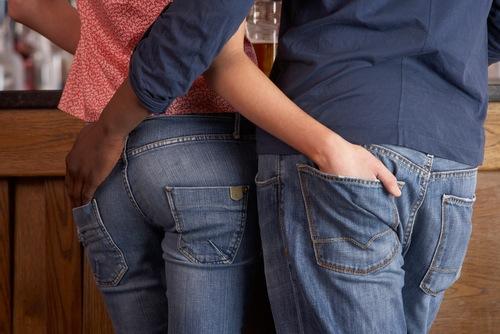 You may know all the smoothest moves and have pillow talk perfected to the point of poetry but there’s more to making babies than that. Check out these 20 things you probably don’t know.

It’s important to build up a financial nest egg before making babies but it’s equally important to get both parents in tip-top physical shape. Healthy mothers and fathers make the healthiest babies.

Barring all health obstacles, the likelihood of conception is only about 20% a month. It may just take a while.

When other of life’s adventures come before a family, medical evaluations are in order for potential moms and dads. Hidden medical conditions may show up that call for a change of plans or for healthier lifestyles in the meantime. Do plan ahead but delay with caution.

A blood test conducted on day 3 of any menstrual cycle can evaluate a woman’s egg reserve. This test is especially important if plans for motherhood lie well into the future.

6. Being One in Eight Can Frustrate

It’s more difficult to get pregnant after age 35. Fertility specialists recommend trying for a year to get pregnant before seeking help for women younger than 35. At 35 and after, seek help if conception doesn’t happen in six months.

It’s a wise idea for women 40 and older to see their doctor before trying for a baby, even if it’s not the first one.

The age factor is pretty well understood by most wannabe parents but lifestyle factors such as smoking, exercise, underlying illnesses, and family history also influence a couple’s chance at parenthood.

10. Break These Habits During Baby Fever

If baby fever has you dreaming in pink and blue, start before conception to make the baby as healthy as possible. Break these habits before trying for conception: bad food, booze, cigarettes, lazy lifestyle, muscle-building steroids, out-of-control stress, and recreational drugs.

11. Be Patient When Medical Conditions Exist

Some medical conditions that make it take harder for women to conceive include under- or overweight, irregular menstrual cycles, endocrine disorders, endometriosis, polycystic ovarian syndrome (PCOS), and uterine fibroids. Some medical conditions that affect a man’s ability to conceive:  diabetes, hormone or thyroid disorders, excess weight, injury to the genitals, and varicoceles.

A woman’s reproductive health often mimics her mother’s. When mom goes through early menopause, has endometriosis, uterine fibroids, and difficult pregnancies, her daughter is likely to experience similar concerns.

Sexually transmitted diseases (STDs) can often be treated or cured but they leave lasting effects. Permanent damage to fallopian tubes, for example, increase the risk for ectopic pregnancy.

A recent survey revealed almost 70% of millennials don’t worry about infertility because they believe science will fix all problems. Unfortunately, this is not true.

15. Keep Comparisons Out of Conception

Infertility is a private thing; most people don’t share their struggles. Don’t feel like an isolated failure if infertility slows your dream of parenthood. You will probably never know the private struggles of the people surrounding you.

If the plan is to delay motherhood and rely on frozen eggs later, the best time to harvest them is during 20s and early 30s, when eggs are healthiest.

It’s true men can father children well into their senior years but these late-life children are at greater risk for psychiatric conditions that include autism and schizophrenia than the children of younger men.

19. Some Sperm Concerns Are Easy Fixes

Alcohol, marijuana, and excess weight can make conception difficult but can be easily fixed by making more baby-friendly lifestyle choices. Surgery can often fix infertility caused by varicoceles and obstructions.

20. One Year Is Not Forever

It may take longer than one year to make a baby but that doesn’t mean there will never be a baby. After a year of trying, consult a fertility specialists to see if there are any medical problems or lifestyle issues getting in the way of parenthood.