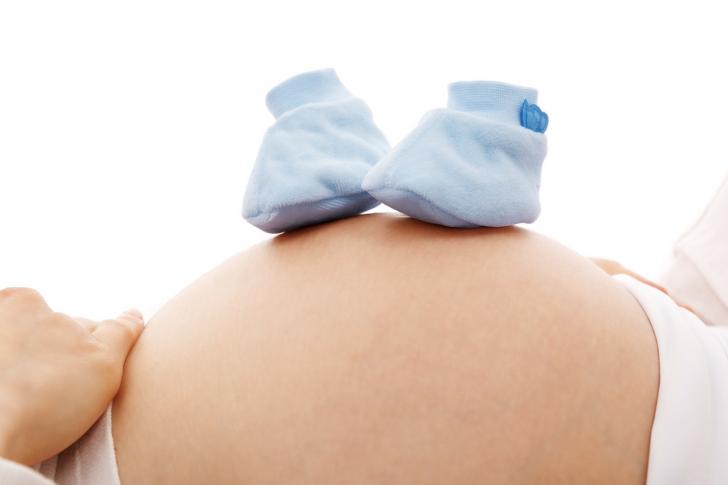 Implantation bleeding happens about 6-12 days after ovulation/fertilization, shortly before you expect the next period. In fact, implantation bleeding could mimic a menstrual period because it happens around the same time but it's much less heavy and shorter than a normal period.

Dealing with vaginal bleeding during pregnancy

No matter the trimester of the pregnancy, if bleeding occurs there are a few rules that should be followed immediately after recognizing the bleeding.

Bleeding during the first trimester, up to about 12-14 weeks of the pregnancy, when you already know that you are pregnant, is a fairly common occurrence hapening in up to 1 in 2 pregnant women. First trimester bleeding can be associated with sexual intercourse, infection of the urinary tract or pelvic cavity or implantation. It can also be the first sign of a miscarriage, pregnancy loss.

Pregnant women most often notice bleeding when they are using the bathroom. It is hard to tell if the blood is coming from the vagina or the urinal tract. A urinary tract infection may be the cause of the bleeding and will need to be treated in order to prevent a worsening infection.

Bleeding in the second or third trimesters of the pregnancy is of more concern to the obstetrician and the mother-to-be. Second and third trimester bleeding can be associated with placental abruption, placenta previa, or preterm labor.

Placental abruption, placenta previa, and preterm labor all carry similar symptoms. These conditions are most often characterized by vaginal bleeding of varying amounts and abruption and labor also are associated with stomach pains. If bleeding occurs in any form after the first trimester, it is important to immediately contact the physician on call or your obstetrician for further instruction on how to deal with the bleeding.

Dealing with bleeding in pregnancy is certainly a concern of both the mother-to-be and the obstetrician. While some form of bleeding is expected during the first trimester of the pregnancy, once the initial 3 months of growth are over, bleeding occurring in the second and third trimesters may be a reason for further health care. At any time during the pregnancy, if bleeding occurs, the doctor caring for the mother and baby should be contacted immediately.