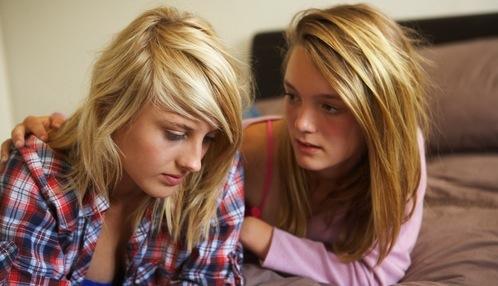 When an infectious disease invades a community, public health officials rely on statistical data to track its spread: how far it will spread, how fast, to whom, by whom, and when the outbreak is expected to subside. A recent study of teenage moods used the same statistical models to track the spread of depression and other negative moods and discovered a happy ending: negative moods do not spread among teenage friends but happy moods are contagious, just like the flu.

The research tracked the moods of approximately 2,000 school-age teenagers in the United Kingdom. All the children in a study-site school were included in the study to eliminate the influence of cliques, or homophily, described by Researcher Edward Hill as “the tendency for people to be friends with others like themselves.” Hill, an Applied Mathematician at the University of Warwick, collaborated with the university’s Professor Frances Griffiths, a social science expert, and Dr. Thomas House, an Applied Mathematician at the University of Manchester.

Hill used adolescent drinking as an example of homophily that encourages depression. When a teen’s friends frequently drink alcohol, the teen is probably going to drink, too, and is likely to eventually experience depression. This example illustrates how what friends do influences negative moods rather than who one’s friends are. By using saturated school sites (where every student is involved), the influence of homophily was eliminated.


An in-home interview was conducted with each teen and his or her mood was assessed using the Center for Epidemiologic Studies Depression Scale. Mood was assessed again six to 12 months later.

Every parent knows teenagers are social animals. Friends are extremely important at this time of life and teens who enjoy a strong social network of happy friends tend to be happy, too.

It was assumed negativity spreads through one’s social circle similar to the spread of contagious disease but the research revealed the opposite:

The World Health Organization estimates more than 350 million people suffer from depression on a global scale. Therapeutic interventions aren’t always as effective as desired and they can be costly. “It could be that having a stronger social network is an effective way to treat depression,” according to House. “More work needs to be done but it may be that we could significantly reduce the burden of depression through cheap, low-risk social interventions,” he said.