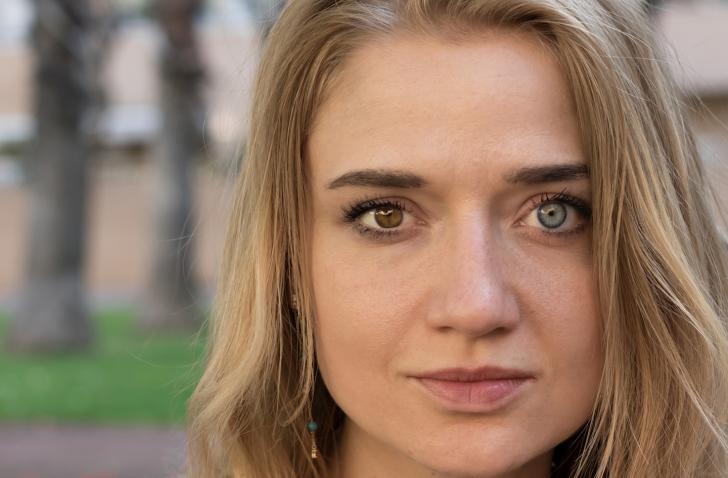 Sectoral heterochromia is present when one defined section of the iris is a different color – such as a brown section in an otherwise blue iris. Central heterochromia is present when there is an inner ring of color surrounding the pupil that is different from an outer ring of color – such as a gold or brown ring around the pupil in an otherwise blue eye.

Heterochromia is usually found normally in the population, but may be inherited as autosomal dominant, and more rarely in syndromes such as Waardenburg syndrome with underlying hearing loss and a white forelock being characteristic. The pop star David Bowie is said to have had heterochromia, as is Mila Kunis, Kate Bosworth, and Elizabeth Berkley.

Testing and Diagnosis of Heterochromia

A thorough eye examine is used to diagnose heterochromia. Genetic, blood and diagnostic testing may be used to rule out underlying causes that could result in further health issues. If no underlying cause is determined, the condition requires no treatment.

There is no treatment for heterochromia, though there are treatments associated with some underlying causes of acquired heterochromia. Each patient will be diagnosed and treated on an individual basis. With treatment, the condition that caused heterochromia may be resolved, but the change in pigmentation of the iris (heterochromia) will likely remain.

Genetic heterochromia and most cases of acquired heterochromia are not associated with reduced lifespan. Heterochromia does not reduce lifespan as a primary condition, though the underlying condition responsible for changes in eye color may affect lifespan, such as neurofibromatosis.