When the upper airways are inflamed your child may develop hoarseness and a cough sounding more like a dog than a human. This condition is called croup and it most often affects children between 6 months and 3 years of age. Older children can develop croup, but as your child ages, the chances of suffering from the condition is reduced. 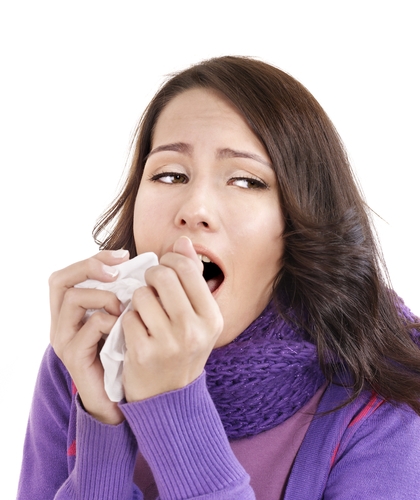 Croup is caused by a virus called the parainfluenza virus, in most cases. The adenovirus and respiratory syncytial virus, also referred to as RSV, may also cause croup. In most cases, croup can be treated at home without medical intervention, but there are extreme cases that require medical attention.

Signs and Symptoms of the Croup Virus

Children suffering from a viral croup infection may appear to have a common cold, at first. Children often suffer from a fever, coughing, running nose and fatigue. At night, the cough may develop into the barking sound parents often identify with croup. This barking cough is caused by an inflammation of the airways. As airways swell, breathing is strained and wheezing may develop. When the child coughs, a large amount of air is forced through the narrowed airways causing the barking sound.

Croup is not contagious, but if children come in contact with your child they may develop a common cold. Transmission of cold symptoms is most likely to occur during the fall and winter months when croup is most prevalent.

If you choose to visit the pediatrician, the doctor diagnoses croup based on your reports of a barking cough and wheezing sounds in the lungs. It is important to tell the pediatrician of any cold symptoms and fever occurring in the previous week. If the symptoms are acute, an X-ray may be used to examine the lungs. If lungs are extremely swollen and inflamed, doctors may prescribe breathing treatments to reduce inflammation.

Croup responds well to warm, moist air, so turn on the shower and faucet to hot and shut the door to the bathroom. After steam collects, sit in the bathroom with your child for 10 to 15 minutes. The steam reduces inflammation and eases difficulty breathing. The barking cough may remain, but it should be less hoarse, allowing your child to fall asleep. Over the counter fever reducers like acetaminophen and ibuprofen may be administered to reduce fever. Always follow the advice of your pediatrician when administering over the counter medications.

READ ABOUT OTHER CHILDHOOD INFECTIONS

READ ABOUT INFECTIONS DURING PREGNANCY