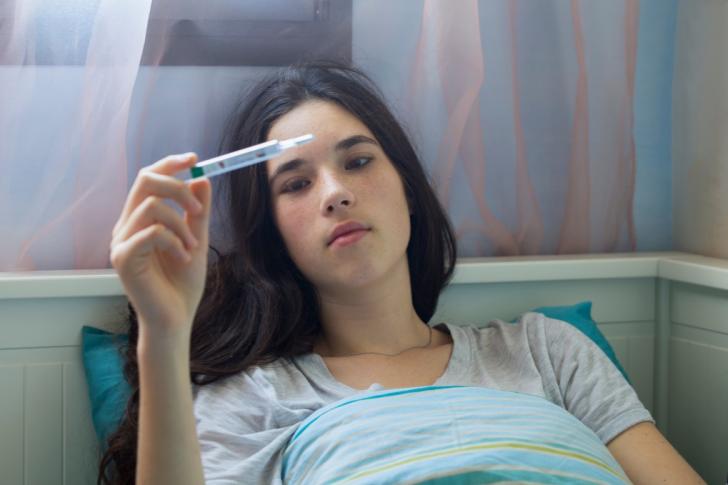 Chickenpox and shingles are both caused by the same virus, the varicella-zoster virus (VZV). VZV is responsible both for chickenpox/ varicella and shingles/herpes zoster (HZ) infections.

Chickenpox is a mild, but highly infectious condition that commonly affects children but can also affect adults if they never had chickenpox.

Can you get shingles in pregnancy?

Although rare, shingles can occur during pregnancy. Contrary to varicella which can infect the fetus, the fetus is rarely infected by VZV if the mother develops shingles.

If you develop shingles while you are pregnant, your baby is unlikely to be affected. This is because your body already contains the necessary antibodies to protect your baby from the virus.

However, the varicella-zoster virus remains dormant (inactive) in your body, and may be reactivated at a later date in the form of shingles.

The chickenpox virus can be reactivated later in life, often if your immune system is low. Shingles is therefore a condition that is more common in older people, or those who are immunocompromised (have a weakened immune system) due to an illness, such as AIDS, or following treatment for cancer.

An episode of shingles usually lasts for between 2-4 weeks. The condition causes a tingling sensation, pain, and a rash on the affected area. It can also cause fever, and can make you feel generally sick.

Unlike chickenpox, which can be transmitted through the air (from coughs and sneezes) the virus that causes shingles is spread through direct contact with open blisters. A person who has shingles is contagious until the last blister has scabbed over, and this is why the rash should be kept covered.

If you have not had chickenpox before, and come into contact with someone with shingles, it is possible for you to catch chickenpox from them (although the risk is very small).

You would have to actually touch the blisters for you to catch chickenpox. However, you cannot catch shingles from them because the virus has to be reactivated, rather than passed on.

If you are pregnant, and you know that you have not had chickenpox, you should avoid contact with anyone who has either chickenpox or shingles. You should see your doctor who may recommend that you have an injection containing chickenpox antibodies that will protect you against the condition.

If you are unsure about whether you have had chickenpox in the past, you should also see your doctor. They will be able to carry out a test for chickenpox antibodies and give you a booster injection if you need it.

If you know that you have not had chickenpox, and you come into contact with someone who has the condition, see your doctor immediately (regardless of whether or not you have any symptoms). This is because catching chickenpox during pregnancy can cause complications for both you and your child.

If you develop shingles while you are pregnant, your baby will not be affected. This is because your body already contains the necessary antibodies to protect your baby from the virus.

Infectious diseases are known to cause fever and fever is directly related to a temporary drop in sperm count. It can take up to 11 weeks for sperm count to return to normal after a high fever. In this manner, chicken pox can negatively affect male fertility, but the impact is not directly associated with the virus but with the body’s reaction to the virus.

Another possible effect of chicken pox on male fertility is inflammation. Orchitis, or inflammation of the testicle, is associated with infertility – though typically only temporarily during the bout of inflammation. There are reports in medical literature of orchitis as a secondary reaction to chicken pox. In some cases, fertility is also affected by epididymitis (testicle drainage tube infection) secondary to orchitis.

The simple answer is yes, chicken pox can affect male fertility, but typically only for a short time during and after the viral infection. Sperm production and fertility should return to normal after the viral infection subsides and testicular inflammation and/or infection passes. If long-term male infertility is noted after adult chicken pox infection, orchitis or epididymitis could have had a more prominent effect on sperm production and medical attention may be required.