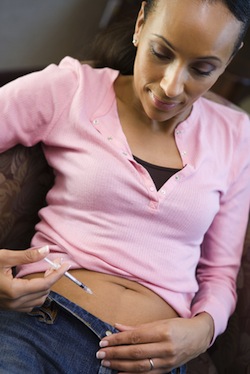 In-vitro fertilization is a costly infertility treatment that involves expensive oral and injected medications that promote superovulation resulting in the release of multiple eggs. The eggs are harvested and paired with sperm in a lab where the sperm fertilizes the egg. The embryo is then transferred into the uterus of the patient where implantation occurs after a successful procedure. The majority of the cost of traditional IVF is tied up in fertility drugs with an average cost ranging from $2,500 to $4,000 per cycle. Multiple cycles may be needed before the embryo attaches, resulting in a viable pregnancy and live birth. Micro IVF is an affordable alternative to traditional IVF that provides the same physical procedure but less medication.

What is Micro IVF?
Micro IVF is a cost-saving form of assisted reproduction that gives patients who could otherwise not afford IVF a chance at pregnancy. Total cost of Micro IVF varies based on patient location, health history and the number of cycles required to achieve pregnancy, but estimates start at about $6,500 plus the cost of reproductive medications.

Reproductive medications used in Micro IVF include oral medications, like Clomid, and injected gonadotropins. Compared to traditional IVF, fewer injections are needed, which lowers the overall cost per cycle.

After taking fertility drugs as prescribed, patients undergo egg harvesting, fertilization and culture. The healthiest embryos are then transferred to using ultrasound technology. Aside from the changes in fertility drug protocol, Micro IVF is identical to traditional IVF.

Is Micro IVF Safer Than Other Assisted Reproduction Options
When compared to traditional IVF, Micro IVF carries the same general risks, as the two procedures are nearly identical with the exception of medicinal treatment. However, when compared to intra-uterine insemination (IUI), some experts claim Micro IVF is much safer. Fewer embryos can be used with Micro IVF; reducing the risk of high-order multiples.

Are There Risks to the Procedure?
There are risks to both IVF and Micro IVF, but the main cause for concern among medical professionals is the overpromotion of the procedure. Micro IVF is less expensive than traditional IVF, but it is not a productive option for all couples. Some couples may require multiple cycles of Micro IVF and end up using traditional IVF to conceive, thus increasing the cost rather than decreasing the cost of pregnancy.