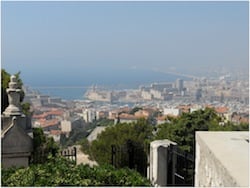 France was hard hit by World War II. Laws were passed to help the Gestapo round up French Jews for exportation to concentration camps. Of the 76,000 French Jews taken into custody, only about 2,500 survived. Most of the exported were taken to concentration camps created to hold about 700 people but eventually the number of inhabitants in the camps reached more than 7,000. Despite the effect of World War II on the Jewish population in France, the 2,000 year history is stronger than any insurgence. Today there are more than 500,000 people in Jewish communities in France.

Jewish Penicillin has been used to fight cold in pregnancy for centuries. The ingredients are all natural and work with the body to fight the symptoms of the common cold including fatigue, sneezing and coughing. While not all chicken soup recipes are listed as Jewish Penicillin, it does not mean one version is any more effective at fighting cold in pregnancy than another.