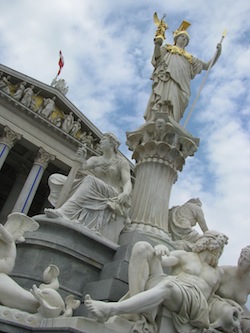 Between the years of 1848 and 1938 was the Age of Prosperity for Jews in Austria. The Jewish community was flourishing and numbers reached more than 200,000. When World War II started, things greatly changed and many in the Jewish community were persecuted for their religious beliefs and condemned to concentration camps. The last census taken before the war reported a total Jewish population in Austria of 176,000. As of 1951 that number plummeted to just 9,000. Today there are several estimates for the number of Austrian Jews ranging from 6,000 to 20,000. Most experts believe the number is probably closer to the 8,000 to 10,000 mark.

Jewish Penicillin is known for having a healing effect on the body. Pregnant women fighting colds in pregnancy can use the all natural ingredients to reduce the duration of a cold. Austrian chicken soup is one of the simplest Jewish Penicillin recipes to make.