Follow us on Instagram
Our app takes the guesswork out of getting pregnant. Get Obie for iOS Now!
babyMed University 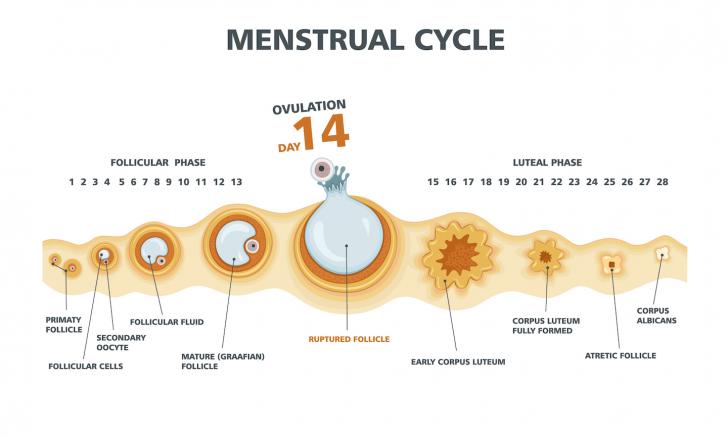 Ovulation is the release of an egg (the follicle) from the ovary. When trying to get pregnant, ovulation is vital. Ovulation occurs when an egg is released from the ovary, and is available to be fertilized. Fertilization with a sperm usually happens in the outer portion of the fallopian tube. Unless you are pregnant, your period usually begins 14 days after ovulation.

What happens when there is no fertilization?

Fertilization occurs when the sperm joins the egg. This usually happens within 12 to 24 hours after ovulation. If the egg is not fertilized, it dies off and is absorbed by the body and menstrual bleeding begins about 14 days after ovulation.

What happens when there is fertilization?

If the egg is fertilized, when the sperm joins with the egg, which usually happens within 12-24 hours after ovulation, it first becomes a large balls of cells (morula) and then a blastocyst about 4-5 days after fertilization. The morula and blastocyst move down the fallopian tube towards the uterus where it arrives and implants (attaches to the uterine lining) on average 9 days after ovulation and fertilization.

How often does ovulation happen?

Ovulation, the release of the ovum, happens on average every 28 days (normal range of 21-35 days).

What time of the day does ovulation happen?

It's impossible to determine from your BBT curve whether you ovulated at night or in the morning. We can't even be 100% sure of the day with the BBT curve. Once there is a typical rise in the temperature, all we can say is that ovulation probably happened about 24-36 hours prior to that rise.

With the ovulation predictor kit, we can assume it happens within 12-36 hours of the OPK first turning positive.

Check this OPK ovulation calculator of when you may ovulate.

Sex and getting pregnant

Your chances of getting pregnant increase if you have sex regularly, more often, and as you get closer to the day of ovulation. Your fertility also increases the more often (but no more than once a day) you have sex throughout the cycle, not just during the fertile days. Your chances of getting pregnant are nearly zero if you have sex after ovulation. Why? Sperm need about 12 hours of "prep time" in your uterus before they can fertilize the egg. And the egg usually doesn't survive long, maybe only 12-24 hours, for that to happen. So to get pregnant it's best to have sperm already close to the egg when ovulation happens. That's why when you want to get pregnant the best time to have sex are the 1-2 days before and the day of ovulation. Not the day after.

If I get my period, does it always mean I ovulate?

Bleeding in and by itself is not always a good enough confirmation of ovulation. It's possible to have vaginal bleeding without ovulation. Your regular menstrual periods come every 21-35 days and last on average three to six days, but you can have vaginal bleeding even if you don't ovulate; without regular ovulation, your menstrual periods are usually not as regular as those periods that follow ovulation. For irregular cycles, supplements such as FertilAid for Women can help promote hormonal balance and cycle regularity.

"How do I know whether I am ovulating?" is one of the most important and frequent questions Dr. Amos hears. There are several ways to find out.

Checking yourself for ovulation:

How your doctor checks:

How do I know whether I am ovulating?

If you have a very regular menstrual cycle lasting between 21 and 35 days, ovulation is likely happening, but you cannot always assume exactly when you will ovulate.

Pelvic ultrasound examinations: If they are done before and after ovulation they can show the development of the follicle and if it disappears, ovulation can be assumed.

An endometrial biopsy about 10 days after ovulation can confirm that ovulation happened.

Ovulation predictor kits (OPK): OPKs are pretty reliable methods of detecting ovulation. A positive OPK can predict ovulation most of the time.

Sign up for babyMed Fertility University and receive regular emails about how to get pregnant faster and have a healthy pregnancy!