Chinese Parents Race to Have Babies Before Year of the Sheep 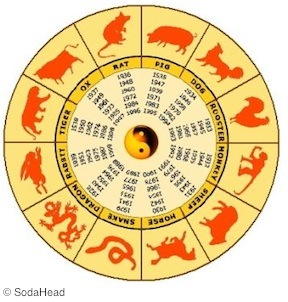 The race is on in China to conceive a baby right away; a later conception signals a birth during the dreaded Year of the Sheep. February 19, 2015, marks the beginning of the next Chinese lunar new year, when characteristics of the sheep will influence the personality, health, wealth, and happiness of babies born during the year.

What’s So Bad About Sheep?
Sheep are easy to get along with. They’re gentle and calm, passive and loyal. They’re timid, polite followers. Well-behaved and charming. They value protection and shun confrontation. They’re delicate, creative, and artistic.

Many sheep characteristics are considered ideal personality traits but only in an ideal world. In an imperfect world, however, sheep are viewed as flaky push-overs destined to get eaten alive.

Chinese folklore says only about one in 10 people born in the Year of the Sheep, which is also known as the Year of the Goat or Ram, will find happiness in life. They’re unlucky in business and destined for failed marriage and broken hearts. They’re not leaders. They can easily become withdrawn, sullen, pessimistic loners chasing esoteric fantasies.

Beat-the-Clock Maneuvers
Historical records in some hospitals and provinces throughout China reflect a decline in births during a Year of the Sheep. Fertility clinics are enjoying a booming business in recent months but doctors fear a wave of abortions later in the year, as conception occurs too late to beat the clock for auspicious birth dates. They expect C-section deliveries to be planned for luckiest birth dates.

The current year — the Year of the Horse — is one of the luckiest. Some couples launch their own physical fitness programs — getting more exercise, more sleep, and eating better diets — to improve the chance of speedy conception right now. Couples trying for a Horse baby and those who won’t get pregnant in time are flocking to online support groups to vent their fears and grief.

What The Experts Say
Some government officials think the current wave of babymania is of no consequence but the government-run China News Service thinks it is consequential enough to publish a report that debunks “unfounded” myths of Sheep-based bad luck. Many officials and elders say the birth-year hysteria is little more than outdated superstition, an easy way to explain the unpredictable.

One-Child Policy
Family planning is strictly and harshly regulated in China. Steep financial penalties are demanded of parents who produce more than one child. Chinese cultural beliefs also place very high value on ancestry, making it all the more important to make absolute certain the one child allowed in a family is absolutely perfect in all ways. Not only is it important for the family today but also considered important for family heritage forever.