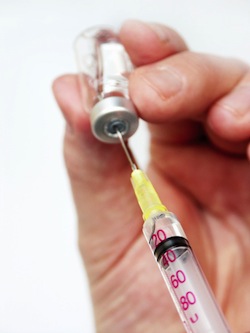 In New South Wales, the practice of cocooning the pertussis vaccination has decreased the infection rate among infants less than four months of age by half. Cocooning is the process of immunizing adults and caregivers to provide a protective shield against infection. Of particular note was the immunization of mothers prior to pregnancy. While the study focused on the results of cocooning only the pertussis vaccination, the process could be modified to cover a wide range of diseases, infections and viruses.

Based on data collected from infants born in New South Wales from 2009 to 2011, mothers immunized between two and six years prior to pregnancy were half as likely to have children who contracted whopping cough in the first four months of life. The immunizations were given to mothers as part of the cocooning initiative designed to prevent childhood infection, but the effect extended to newborns six years after their mothers were vaccinated.

Dr. Helen Quinn from the National Centre for Immunisation Research and Surveillance for Vaccine Preventable Diseases supports maternal immunizations. “Timely maternal vaccination was associated with a significant decrease in risk of pertussis prior to eligibility for the second infant dose at 4 months of age, with the greatest benefit found in infants of mothers who received vaccine before delivery. This is the first evidence of protection from maternal pertussis vaccination prior to the current pregnancy. It suggests that vaccination as part of pre-pregnancy planning would have the greatest impact on whooping cough infection.”

Recent maternal immunization changes in the United States suggest Tdap vaccinations be given to mothers during ever pregnancy to reduce infections like pertussis in infants. Until newborns are immunized against infections like pertussis, maternal antibodies protect infants via breast milk and blood. Researchers have found that maternal antibodies tend to be lower than needed based on Tdap immunizations given in childhood years. There are no known pregnancy complications associated with Tdap vaccination in pregnancy and antibodies are shown to rise to effective levels when the immunization is given in the latter weeks of pregnancy.