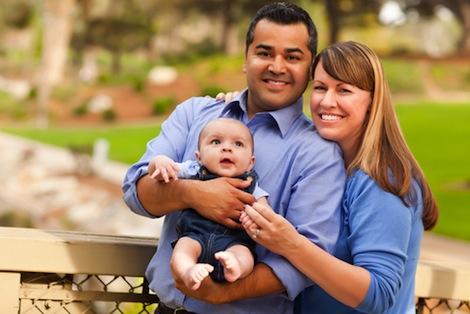 Netflix wants to change the way you watch TV and the company’s executive staff knows that kind of change requires hiring and retaining the top talent in the industry. One way the company lures the industry’s best people is by offering unlimited time off. A new company policy, announced on August 4, ups the game even more. It offers all new parents as much as a year of paid unlimited time off following the birth or adoption of a child.

At any time during the year or when baby’s first year ends, moms and dads can return to work in whatever capacity that best meets the individual family’s needs: part-time, full-time, or a temporary return to work followed by more time off later. In her company-wide blog post announcing the new maternity and paternity leave policy, Tawni Cranz, Chief Talent Officer for Netflix, wrote: “We want employees to have the flexibility and confidence to balance the needs of their growing families without worrying about work or finances.”

Cranz adds acknowledgment that the company’s “continued success hinges on us competing for and keeping the most talented individuals in their field. Experience shows people perform better at work when they’re not worrying about home.”

Parental Leave in the US

Parental leave is a growing concern around the world, as medical and scientific data increasingly documents the life-long value of parent-child bonding during the first year of a baby’s life. The United States, however, falls far behind most of the rest of the developed world in how parenting and job retention are handled.

The Family and Medical Leave Act (FMLA) of 1993 requires certain companies to allow as much as 12 weeks off work after childbirth or adoption. This policy is based on company size (number of full-time employees), applies only to full-time workers, and the 12-week family leave comes without pay. The parent’s job is protected during the leave period, though. According to the Center for American Progress, only about 12% of all working Americans qualify for job protection under FMLA.

Parental Leave Around the World

Croatia offers its employees the most generous maternity leave, with 406 days at full pay to care for a newly born or adopted child. Albania, Bosnia and Herzegovina, Montenegro, Serbia, and the UK allow a full year of paid maternity leave. Australia allows a year but without pay.

The US falls in the worst 10 nations for maternity leave, according to Citation, a UK-based company that provides legal, health, safety, and human resources solutions. Africa’s Lesotho and Swaziland both offer 84 days (12 weeks) of unpaid leave, just as the US does. Tunisia ranks at the bottom of the list, with only 30 days leave, with pay, for new moms.

The Silicon Valley hub of the tech industry, where Netflix is headquartered, is famous for its innovative workplace culture. Its progressive parenting policies far exceed the protections offered by federal and state governments:

Google extended maternity leave from 12 weeks to 18 in 2007 and discovered that the extended leave encouraged twice as many mothers to return to work than were returning after just 12 weeks leave.