PFC Exposure and Obesity: Is There a Link? 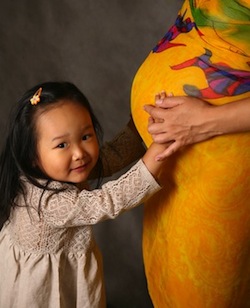 Protective coatings used on the outside of furniture and clothing could increase risk of obesity if the fetus is exposed in utero. Researchers from Rollins School of Public Health (Emory University) have linked the chemical to increased infant weight, but does the infant keep gaining weight until reaching adulthood when being overweight or obese can lead to disease, illness or death?

What is a PFC?
PFC stands for polyfluoroalkyl compound. This compound, or compounds as there is more than one type of PFC, is found in everyday items like clothing, cookware and furniture. PFCs never degrade so once they are in an environment they can come in contact with other things like toys, shoes and household items. Ingestion is inevitable; PFCs have been found in cord blood and breast milk. All-in-all, PFCs have been used by manufacturers for more than five decades, so why the interest in possible health risks now?

What the CDC Found and Why More Research is Needed
The Centers for Disease Control and Prevention (CDC) funded the PFC study of more than 400 girls (and moms) participating in the UK Avon Longitudinal Study. The study started in 1990 and has collected an immense amount of information on environment and genetics. When researchers pulled records of infants who tested positive for PFC exposure they found higher exposures lead to reduced birth weight, but as infants aged, they gained weight faster than their peers; moving from the 43rd percentile at birth to the 58th percentile by 20 months (percentile based on average weight of other infants and toddlers of the same age). Previous studies in Denmark reported increased risk of being overweight at age 20 if the infant was exposed to PFCs in utero and animal studies concur with these results.

So, researchers strongly believe there is a connection between exposure to PFCs while pregnant and weight gain in infants born to mothers who were exposed, but the study doesn’t give the slightest hint about how exposure can be minimized. If PFCs never degrade and they are used on everything from fast food boxes to that comfy rocking chair a pregnant woman just purchased for the nursery, how can exposure be limited?

Researchers need to look more closely at the precise amount of PFC exposure that causes increased risk of adult weight gain and obesity and offer methods of prevention to better serve pregnant women and their offspring.