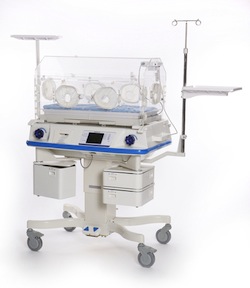 Premature infants are highly susceptible to infection. Researchers from the Prince of Wales Hospital recently published a study in the Journal of Paediatrics and Child Health revealing specific viruses and prevalence of infection in infants admitted to neonatal intensive care units (NICU).

Seventy-five infants born at less than 32 weeks were included in the study. The infants were tracked for four weeks after release from the NICU.

In total, 5.7% of samples tested positive for viral DNA or RNA. Of the most common viruses detected were norovirus 2, enterovirus and herpes simplex 2. Also noted were cases of cytomegalovirus, Epstein-Barr virus and rotavirus. The 5.7% affected 17% of newborns in the study. The highest rate of viral infection was recorded in patients suffering intrauterine growth restriction.

Viral infections are a serious concern for premature infants. When admitted to the NICU, up to 17% of infants may be affected by one or more viral infections.